Not up to scratch! 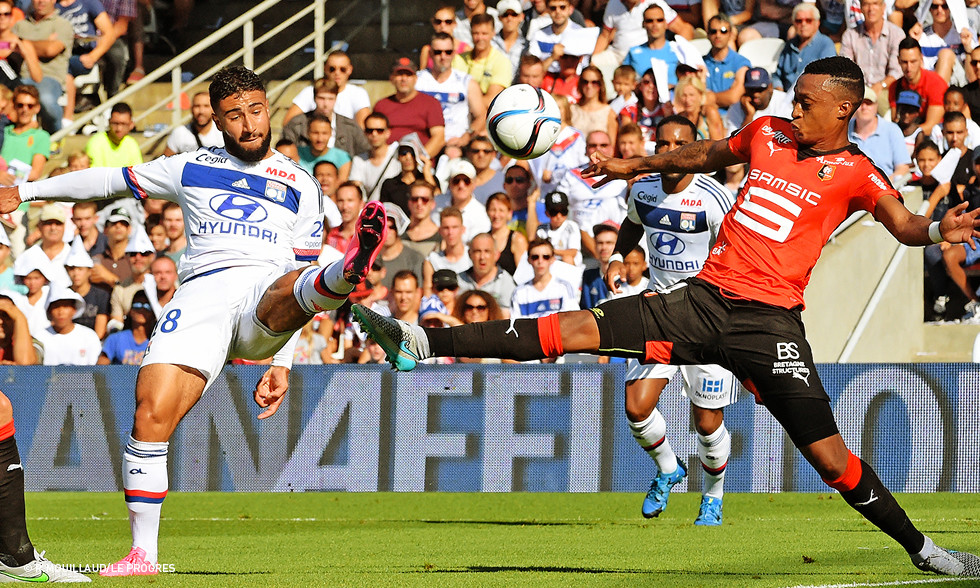 Without excelling, OL and Rennes both bounced back from tepid opening-day displays to win in Week 2 - against Guingamp and Montpellier respectively. The ambitions of the two clubs may differ, but both sides were looking to get their seasons under way with a big performance. For OL, Mathieu Valbuena and Mapou Yanga-Mbiwa's Gerland debut was on the cards.

For several seasons, the Brittany club has been looking for a solution to its perennial under-performance. Once again this summer, there were arrivals and departures, and so far their formation has changed to include three central defenders. Former OL man Mehdi Zeffane recently joined Philippe Montanier's squad.

Bisevac, suffering a knee complaint, was left out of the squad, as were Rose and Koné, for other reasons. So Mapou Yanga-Mbiwa started alongside Samuel Umtiti while Bedimo returned to the starting line-up. With Christophe Jallet still short of match fitness, Rafael started at right-back. With Pedro Mendes suspended, Philippe Montanier had to modify his back three and also opted to start with just one central striker. Mehdi Zeffane made the starting line-up as Rennes looked set for a defensive display.

A chill went through Gerland after Yanga-Mbiwa lost possession and Pedro Henrique scored the opening goal! Fekir responded quickly to stop the doubt creeping in, equalising from Rafael's cross. Valbuena and Fekir found their feet, the left-footer conjuring up a chance that skidded past the base of Costil's post before firing one over. Stade Rennais were well in place. There wasn't much rhythm or movement from OL (the heat perhaps?), but they proved patient as they awaited a solution. A neat sequence between OL's two small forwards went within inches of handing OL the lead. There was some wastefulness in possession from both sides. The 1-1 scoreline at half-time made perfect sense, with Rennes also missing an opportunity just before the break. OL were still struggling to get comfortable…

Zeffane was the undoing of his former teammates as he cut smoothly in from the left flank and fired past Lopes! Could Claudio Beauvue turn things around as he came on for Alexandre Lacazette? He menaced almost immediately but his header flew over. Rennes hung onto the ball intelligently. Cornet replaced Valbuena. OL were speeding - and rushing - to find an equaliser. Ghezzal replaced Ferri and a Rennes defender came on for a midfielder. But the scores remained the same. OL couldn't really hope for better despite a few surges at the death.

OL couldn't get a grip on the very solid Brittany outfit, who made the most of two defensive errors to take all three points. There were too many errors, both individual and collective, for OL to have made more of an impact. OL travel to Caen on Saturday looking to make up for the points lost at home and hoping for improvement in every sector of their game.