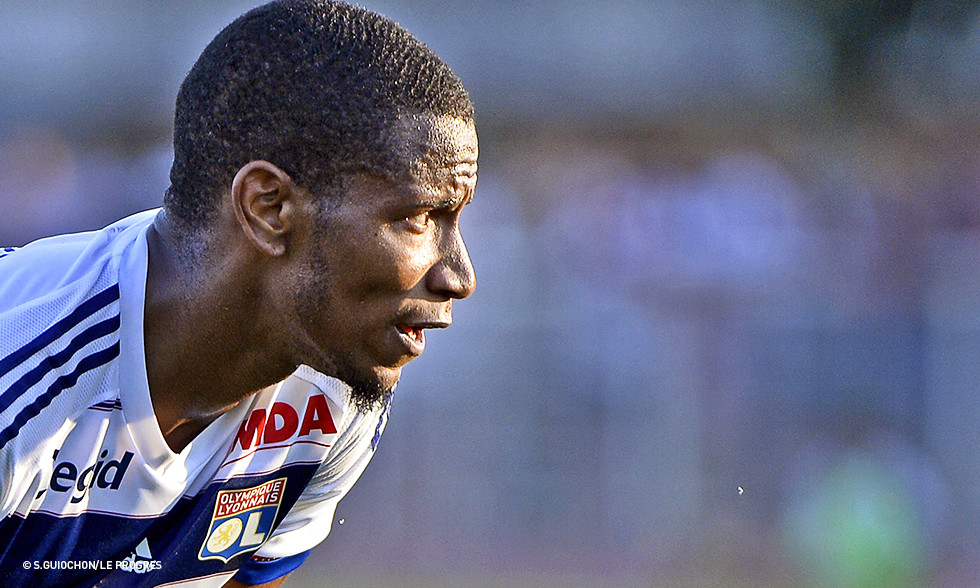 At 20 years of age, he signed his first professional contract, with ESTAC, after making his amateur debut at 14 with Carquefou after leaving his native Guadeloupe. He then moved to Nantes until he was 18. His career since then has taken him to Châteauroux, Bastia, Guingamp and now OL. What does he make of the course his career has taken, seven years after his Ligue 2 debut? "It's an unusual path. Every time I moved I had to prove myself once again, but that's normal. After five seasons with ESTAC, I had to make a move to keep progressing. But being a professional player by the age of 20 was already beyond what I had dreamt of. For me, that was a very high level already." He added: "Each season, I focus on the now so I can perform to the maximum. I don't look further ahead."

The former Guingamp man knows that he owes a lot of his success to his mental strength. "I owe a lot to my psychological outlook, and I have never - and will never - let it slip. It's really difficult to put me in a tight spot. I know how to compartmentalise. I have the best job in the world and I'm in good health. In Guadeloup, there are many lads who are far less fortunate than I am. I have nothing to complain about."

"A goal's main quality is that serves the team in terms of the final result. That's the most important thing. Scoring for it's own sake is great for my statistics, but it doesn't help the team to progress…"

From ESTAC to EAG, Claudio has always been among the goals. But it was last season that stands out, with 17 goals in the Ligue 1 and 27 in all competitions. Forty-five per cent of his goals have been scored with his head (16 from 36) since his time with SC Bastia, a ratio that has earnt him the nickname 'Air Beauvue'. "It's partly innate but it's also helped by hard work. I work on my basics every day, just like everyone else." The result: the capacity to hang in the air and a remarkable sense of timing. Thirty-six often spectacular goals - like his first for Bastia, against Montpellier, or the one he scored in Caen, nodding past a helpless Rémy Vercoutre. "It's true that, when I look back at them, they're pretty special… but the most important thing is that the ball ends up in the back of the net." OL's new number nine ends the topic with this: "For me - and this isn't lip service - a goal's main quality is that serves the team in terms of the final result. That's the most important thing. Scoring for it's own sake is great for my statistics, but it doesn't help the team to progress."

The collective before the individual. "Selfishness is not my cup of tea and no-one can change my mind on that even at the highest level. I'll always remain myself." So it's no surprise that he is also an accomplished assist provider, with 27 so far in his top-flight career; that he believes that giving your all for the club's colours is the least one can do; and that he believes in self-sacrifice, as his relentless running proves week in and week out.

In the win away to Guingamp, he opened his OL goal account. However, the fan of Thierry Henry and Didier Drogba did not celebrate in front of his former club's fans and will wait until his next goal to express his joy. And if you had to define Claudio in one word? "I'd have to say 'generosity'". No surprise there.