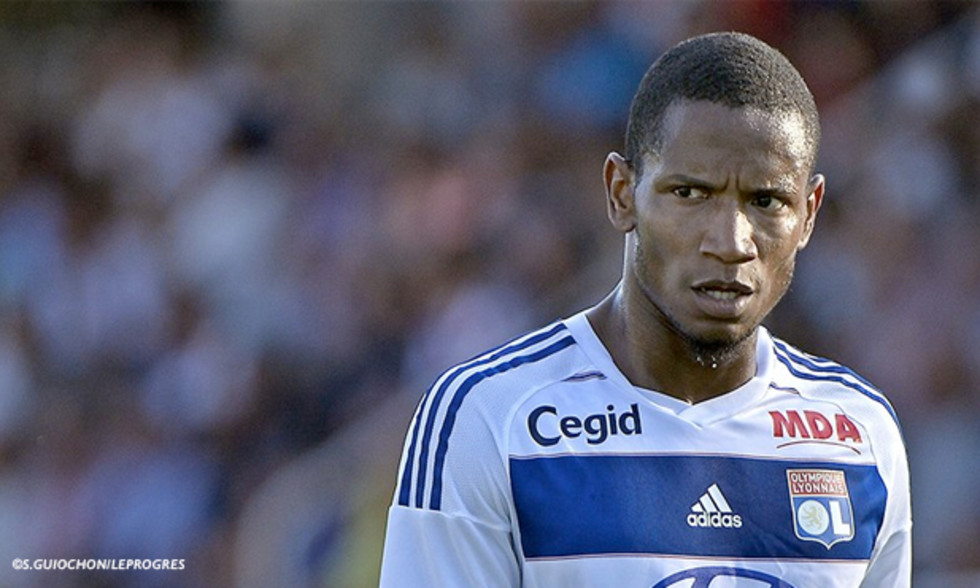 Some classic goal poaching saw the former Guingamp player claim all three points for his new team… OL had more presence after the break, having suffered in the first 45 minutes…

Since beating AC Milan, OL were still looking for their first win and their first goal. That's four matches and 371 minutes! The seven-time Ligue 1 champions let two points go at home to FCL in Week 1. The week was punctuated by the arrival of Mathieu Valbuena and Yanga-Mbiwa while N'Jie was transferred out. EAG lost at the death of their clash with Nantes, thanks to an own-goal. Necessarily there was a sense of urgency in making up the lost points.

EAG had to re-vamp their attacking sector after the summer transfers of their Beauvue/Mandanne strike partnership as well as Jérémy Pied. Privat, Benezet and De Paw arrived, as did former OL player Jimmy Briand. For the rest, Gourvennec can rely on the men who got the job done last season. A side with tried and trusted values, with a talent for counter-attacking in their 4-4-2 formation.

OL had captain Maxime Gonalons back from suspension, Valbuena and Morel made their debuts (as starters), Jallet remained in treatment while Lacazette's starting left former Guingamp man Beauvue on the bench as Fekir took up one of the attackers' berths. EAG coach Gourvennec had some luxuries of choice, with Jimmy Briand on the bench. Sorbon, out injured, was replaced by Angoua, like Lössl was by Samassa. Salibur lined up alongside Privat in attack and Benezet was preferred to Giresse.

OL looked to impose their passing game while EAG often looked for the long pass. But Lopes was forced into two strong saves on his line in the space of one minute as EAG racked up the corners and kept OL under pressure. OL struggled to play their natural game, struggled in the challenges - especially in the air - and struggled to get their rare shots on target. Guingamp weren't rewarded in the first half. The Lyonnais were too imprecise in every area and there was little to hold onto other than a still-clean sheet.

Fekir tested Samassa with a free-kick. It was still heavy going but with some slight improvements. OL began to dominate possession. On the hour-mark, Beauvue replaced Lacazette and right away had a chance on goal from a Valbuena free-kick. Briand came on 20 minutes from the end. Ol lacked some fluidity and cutting edge up front, making for something of a scrappy match. Cornet came on for Fekir just before Beauvue scored a header after the Guingamp defence had slipped up. This new-look attacking duo brought a real plus to OL's play at the end of the match. OL came out well on top of EAG, who flagged as the minutes ticked over. Lopes pulled out one last decisive save before Bisevac cleared the danger. That was close…

It was laborious stuff. Far from perfect, especially in the first half. But OL looked more like themselves in the second half and got the job done by finally scoring their first goal of the season to clinch their first win. OL made up the points they dropped at home to Lorient in Week 1. Enough for the moment, hoping that much better is yet to come. ON the bright side, it was OL's second clean sheet in a row, with Lopes once again proving instrumental between the sticks behind a central defensive pairing who turned in a strong performance.