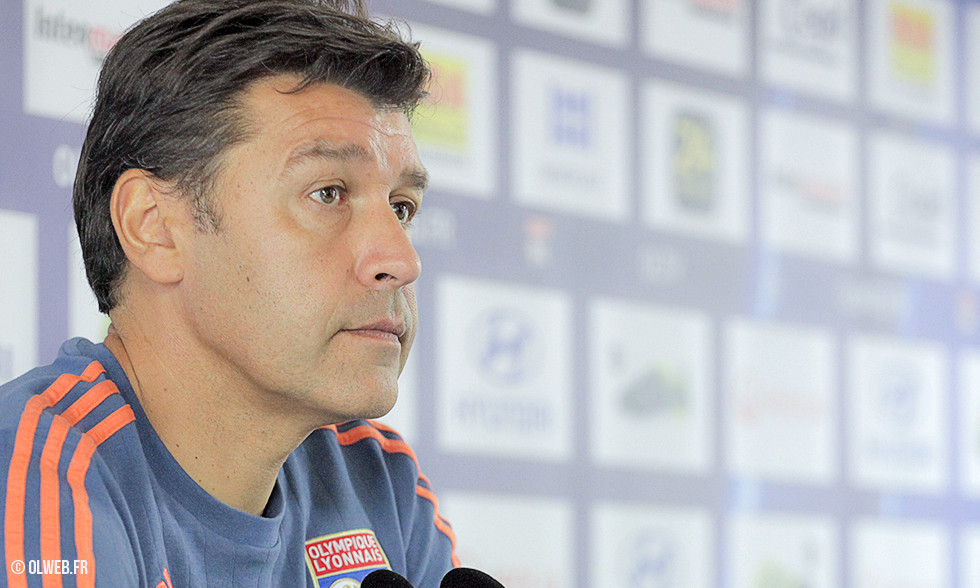 How is Mathieu Valbuena doing?
"He's in good shape. He had already played this season and he has shown that he's ready to go. He will bring his technical quality to bear and provide fluidity to our game, and even though naturally some work has to be done to develop an understanding with his new teammates, he knows some of the lads already so that helps. Evidently there's a chance that could start in Guingamp."

A word on departures… or potential departures?
"Mehdi Zeffane has moved to Rennes. I'd like to thank him for his professionalism and I wish him all the best. His prospects were looking limited here but now he has the chance to grow at Rennes and have the same kind of trajectory that Gassama and Kolo has when they left Lyon. Clinton (N'Jie)? I think his transfer is in an advanced stage but I don't have any more information than that. It's satisfying that we've played a part in his development but also disappointing as he has the potential to get much better. But economic realities exist for 19 of the clubs in France's top flight. Yassine (Benzia)? Last season, he demanded game time that I couldn't give him given the level of performances from the other players in his position. Philippe (Montanier) is offering him an interesting challenge at Rennes, an ambitious club. I'm a bit surprised by Yassine's reaction. He's 21 and he hasn't yet had a solid season with OL. If that continues, it could damage his career in the long term. I think that if he had wanted to extend his contract, he could have… something will have to give sooner rather than later."

If OL sign a central defender, what will the future hold for B. Koné and Lindsay Rose?
"Bako said last season that he wanter to look for another challenge. As for Lindsay, he's justifiably asking himself some tough questions."

What did you make of Claudio Beauvue's performance against Lorient?
"I found his match satisfying. He created some danger. But we've never hidden from him that there will be competition in his position - he was never promised a starting place in the team. At the moment, he has an opportunity to prove himself. He needs to develop his understanding of our playing systems and his new teammates. It'll just take some time."

"We need to sharpen our cutting edge. Are we looking for reassurance? Perhaps the result against Lorient could give that impression, but we had chances to score and the result could have been quite different. We need to work really hard so we can go on the road and make up those points we dropped at Gerland."

Does the fact that your budget has been boosted by 80% entail a boost to your obligations?
"Absolutely, and that goes for everyone at the club. But just because you spend two or three times more money, it doesn't mean that the players get two or three times more talented. But when you finish second, you want to do as well the following season."

How are you feeling about the trip to Guingamp ?
"We need to sharpen our cutting edge. Are we looking for reassurance? Perhaps the result against Lorient could give that impression, but we had chances to score and the result could have been quite different. We need to work really hard so we can go on the road and make up those points we dropped at Gerland. Our opponents? I think they're a side in good shape, who lost last weekend only because of a stroke of bad luck. They have their own style of play and are dangerous on the counter. It could be complicated for us if we can't find a way to lift our game and be more effective. There is no reason for us to lack ambition in away games. Alex Lacazette? There is a lingering uncertainty."