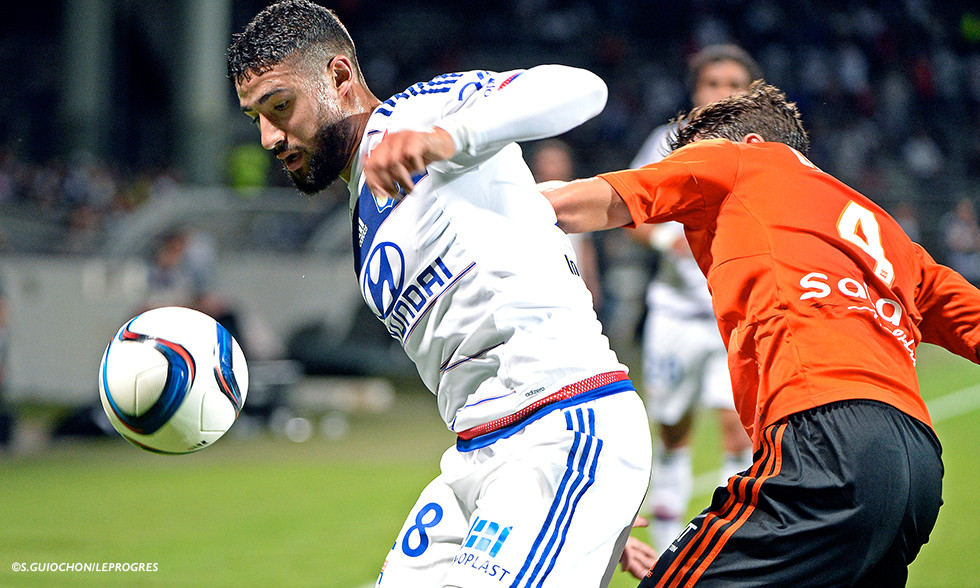 OL were coming off a 2-0 Trophée des Champions defeat at the hands of PSG, a loss that followed their inconsistent pre-season friendly campaign. Lacazette extended his contract just as Rafael arrived at the club, and two new names are still expected to arrive in the coming days. So a fight-back was on the cards for OL against a Lorient side who had lost Jordan Ayew and who had struggled to score goal in their pre-season matches. The Merlus had, however, also signed strikers Moukandjo and Waris. Coach Sylvain Ripoll was kicking off his second season at the helm of the north-western club.

FC Lorient have for several seasons played in the 4-4-2 formation preferred by legendary coach Christian Gourcuff, but Ripoll changed it up to a 4-1-4-1 at the end of last season as the club looked to beat the drop. The new shape hadn't borne fruit in the pre-season, but perhaps the arrivals of Moukandjo and Waris could change that. After finishing 16th last season, Lorient president Ferry has set the goal of tenth place in the current campaign - his ambitions fitting his budget.

Gonalons was suspended. Grenier, N’Jie, Jallet and Fofana were all injured. Hubert Fournier could count on new signing Rafael to start, however. Bisevac returned to the first XI after six months out. Fekir returned after his Trophée des Champions suspension, and Fournier returned his side to a 4-4-2 formation. FC Lorient had to do without Jouffre, Mulumba, L. Koné and Lavigne. Moukandjo started. The Merlus has also returned to a 4-4-2.

The match started with an homage to Tony Loreto. OL had an early scare after losing possession in the first minute. Fekir went within inches of opening the scoring in the minutes that followed. OL dominated possession but Lorient defended solidly. After 15 minutes, Lacazette had two chances on goal before Bedimo also tested Lecomte. OL were unlucky in front of goal. A lively match. Guerreiro hit the cross-bar after Umtiti had cleared off the line… FCL pushed hard and pushed OL around for the final 15 minutes of the half. Both sides had enjoyed some success but no goals. OL had failed to play with much width.

OL started the second term well. Mvuemba replaced Malbranque. OL struggled to get a shot on target, as you can see in this photo of Fekir's effort (57')! Lorient ran after the ball. Morel made his official debut for OL when he came on for Rafael. OL dominated as Lorient struggled to get out of their own half. The excellent Mvuemba forced a decisive stop from Lecomte. The Merlus remained in place at the back even they had dropped deeper as the half played out. OL failed to find solutions. Ghezzal replaced Beauvue and Fekir pushed up to create more danger. Lacazette, suffering a back complaint, was subbed off. Ghezzal strung together a fabulous solo run that unfortunately amounted to no more than a corner kick. And a 0-0 draw.

OL still have problems scoring goals. There were some positives and some not-so-positives in this match. The main positive was keeping a clean sheet for the first time this season. In the end, it was a case of two points dropped against a committed, courageous and sometimes dangerous Lorient side…