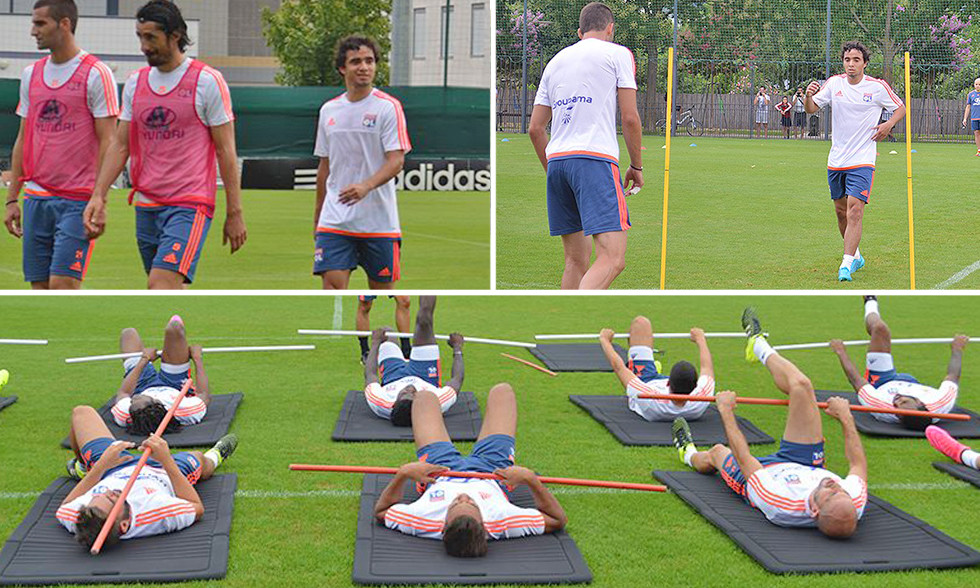 On Monday the Lyonnais returned to training centre Tola Vologe with their new recruit Rafael da Silva, who has signed on for a four-year spell…

It was the main attraction of the morning session: Rafael taking part in his first training session with his new teammates. Having done a full pre-season with Manchester United - save for their North American tour - the Brazilian seemed ready physically and very comfortable on the ball.

The 90-inute programme consisted of a warm-up, ball-work and then some reduced-itch matches, with and without goals. The lads then returned to physical work with short, intense bursts of effort, before ending up with stretches just as the rain began to fall.

There was a lot of intensity and application for this return to training after returning from North America. 'Quality' and 'investment' were the session's buzz words - the investment that is indispensable to succeed at the highest level. "It was a good session, very nice," said a satisfied assistant coach Bruno Genesio as he concluded the session.

The goalkeepers did some physical conditioning independent of the rest of the squad, as did Mehdi Zeffane. Clinton N'Jie did not take part in the session. As for Cornet and Diakhaby, they worked separately as well.