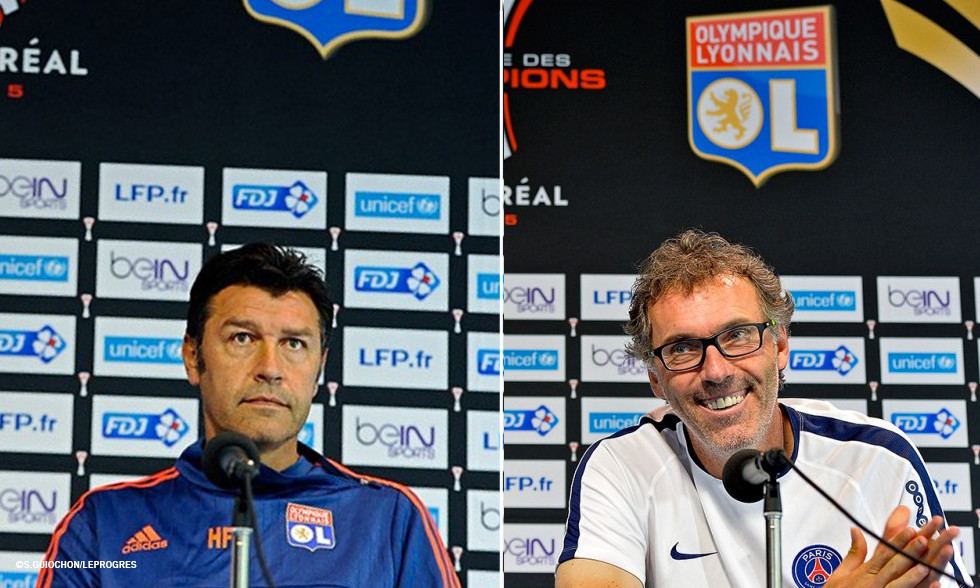 "It's worrying. We were up against a side who were better than us. There is too wide a gap between us at the moment and I'm not surprised. There was a world of difference and we have a lot of work to do. Today we simply didn't have the technical weapons. We conceded two goals quickly and that weakened us - going a man down was also a blow. Bravo to Paris. There's a difference between what we were producing last season and what we've come up with in our pre-season. It's quite worrying. There are holes in our game. We were resigned to defeat? That's perhaps the most worrying part. It penalises the team as a whole. We need to address matters right away. Some of our players have experienced a lot of change lately but we need to get back on track quickly. I used the 4-3-3 formation based on who was available. We conceded two goal but it could have been much worse if it hadn't been for our 'keeper. Our performances haven't lived up to the investments made. Some players' behaviour wasn't up to the level of expectations, and certainly not up to the level sport at the highest level."

"There are lots of area to draw satisfaction from tonight. We could have scored more goals and we didn't concede any chances. It was almost complete control. A great afternoon for PSG. We play matches to win them. You have to want to keep making progress. We feel good as a unit and we want to play high up the pitch. That's my wish. As soon as we lose the ball, we try to get it back as quickly as possible. Ibra took a heavy knock on the knee. Serge Aurier? He arrived on July 6 and had a full pre-season, an excellent pre-season. He has learnt from last season and he has been rewarded for his work. Rabiot is chock-full of quality. He's more solid physically now. He has everything, and it's up to him to make the most of it."