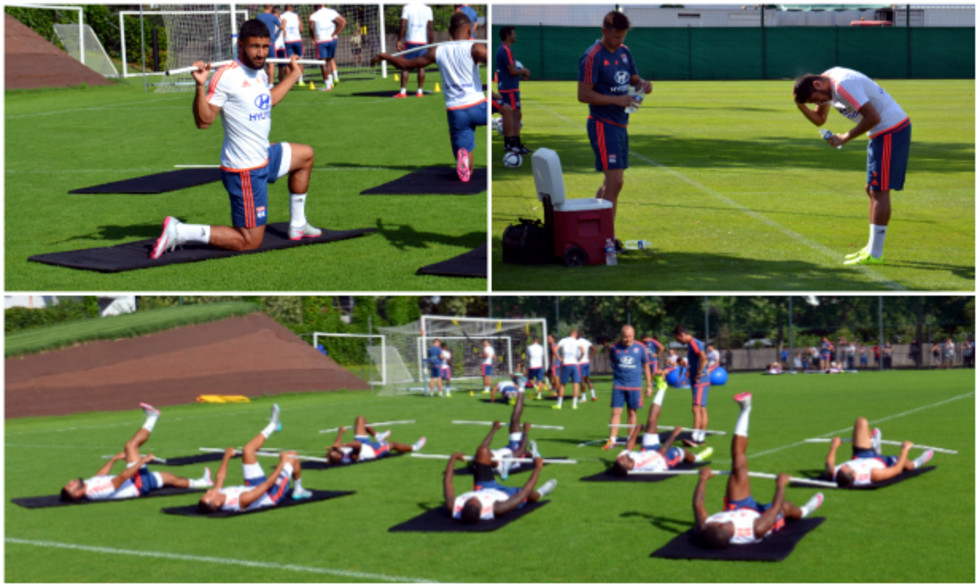 Check out a few photos of the team in training on Wednesday.

The morning session was again divided into two distinct parts. The squad started with a fitness session of stretching and muscle strengthening, focusing on the upper body. The squad then headed to the upper pitch at Tola Vologe where the team had a ten-minute tactics session followed by a game divided into two 15-minutes halves. Claudio Beauvue and Alexandre Lacazette both scored, including a magnificent goal after a superb run from Yassine Benzia.

Gueïda Fofana and Bako Koné did not train, along with Christophe Jallet, who felt a little adductor pain. Samuel Umtiti pulled up early, but it doesn't look too serious. Les Lyonnais will be back at Tola Vologe on Thursday for another session before jetting out to London for the Emirates Cup.