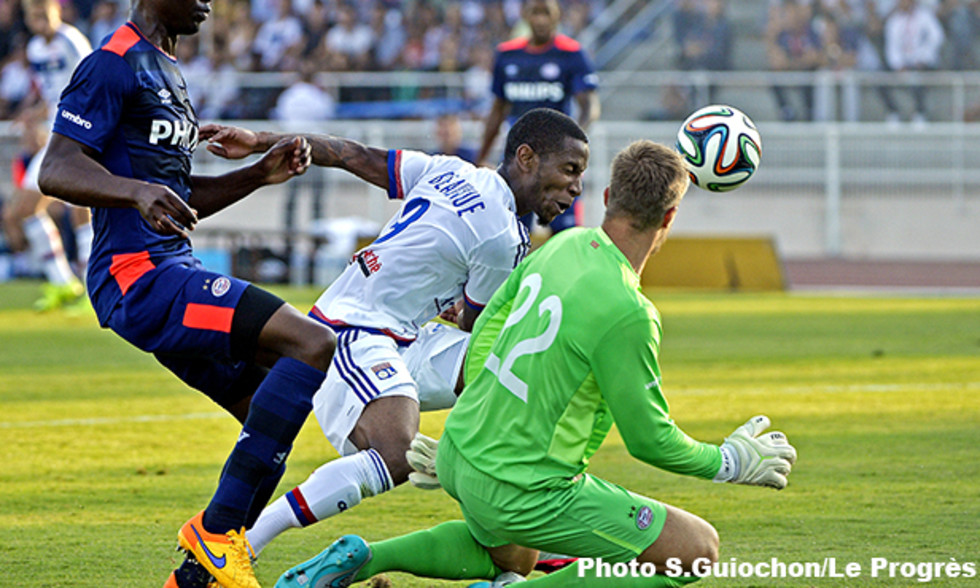 Struggling late on physically after their demanding training camp, Olympique Lyonnais - featuring a number of youth players - was beaten 2-0 by PSV...

It's a second friendly loss for Les Lyonnais. Next up, AC Milan at the Stade de Gerland on Saturday.

88': On the counterattack after a turnover, Locadia doubles his side's lead.

75': Gorgelin gives away a penalty after making contact in the air. Locadia scores from the spot.

65': Mvuemba's free-kick is on target... but saved again by Pasveer.

49': Labidi breaks down the left but his shot fails to test the Dutch 'keeper.

46': 8 changes for OL at half-time with the introduction of Moufi, Rose, Labidi, D'Arpino, Mvuemba, Kalulu, Pagliuca and Paye. Only Gorgelin, Jenssen and Fofana stayed on the pitch.

Half-time: After a bright start and a difficult few minutes, Les Lyonnais finished the half well.

44': Zeffane cuts the ball back for Ghezzal on the penalty spot but the OL no.11 fails to make the most of the opportunity and is injured in the process... end of the match for him...

39': Released by Malbranque, Beauvue just manages to get his toe to the ball before Pasveer saves.

30': Malbranque tries his luck from distance.

21': Ghezzal breaks through the middle and shoots. Pasveer claimed it comfortably.

2': A first OL attack with a dangerous Zeffane cross across the goal.

Back in France after a 10-day camp in the Swiss mountain resort of Crans Montana, Les Lyonnais stopped off before returning to Tola Vologe. They had an important rendezvous in Aix-les-Bains for a second friendly match of the season, as part of the Valais Cup. After the 1-0 loss to Sion last weekend, Hubert Fournier's side measured their progression against Dutch powerhouse and reigning Eredivisie champions PSV Eindhoven. Morel, Mboumbouni and Grenier were all missing as the coach called up three internationals in the form of Zeffane, Tolisso and Benzia, all in the starting line-up. As was Beauvue in attack. Jenssen started on the left side of the defence.