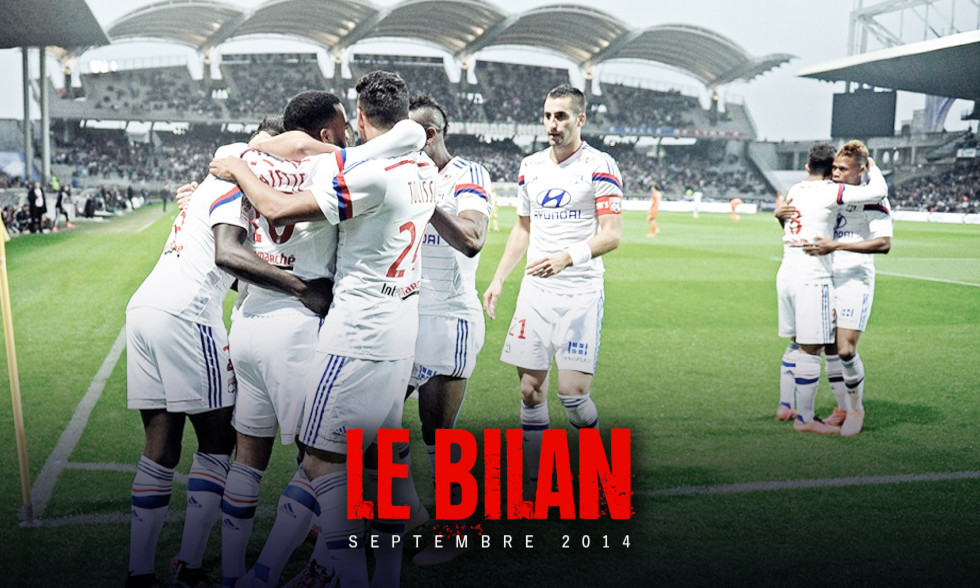 After the international break, OL bounced back... the club finished the second month of the season undefeated, despite a tricky away match to the Parc des Princes against PSG…

We left for the international break with OL sitting 17th in Ligue 1 after three straight losses and elimination from the Europa League play-offs… It was high time to bounce back and OL did just that! The fight-back started against ASM, with a hard-fought 2-1 win and an excellent Anthony Lopes in goal. OL looked nervy at the back… Fortunately Monaco were profligate in front of goal with their nine clear-cut scoring chances, including hitting the crossbar!

Next up, Maxime Gonalons and Co. earned a draw at the Parc. PSG had taken the lead in the first half, but OL gave nothing away and equalised through Umtiti in the 84th minute.

It was an excellent point and displayed the side's mental strength. Three days later, the team needed to go on with it at home to FC Lorient. The result? A big 4-0 with a dominant display from start to finish with a brilliant attacking trio of Fekir, Lacazette and NJie well supported by captain Gonalons.

OL finished September away to Nantes. It was an entertaining match that Nantes could have won with better finishing. It finished 1-1. OL had climbed from 17th to tenth… and all that without Grenier, Fofana and Bisevac. The return of Nabil Fekir after a shoulder injury did the team the world of good.