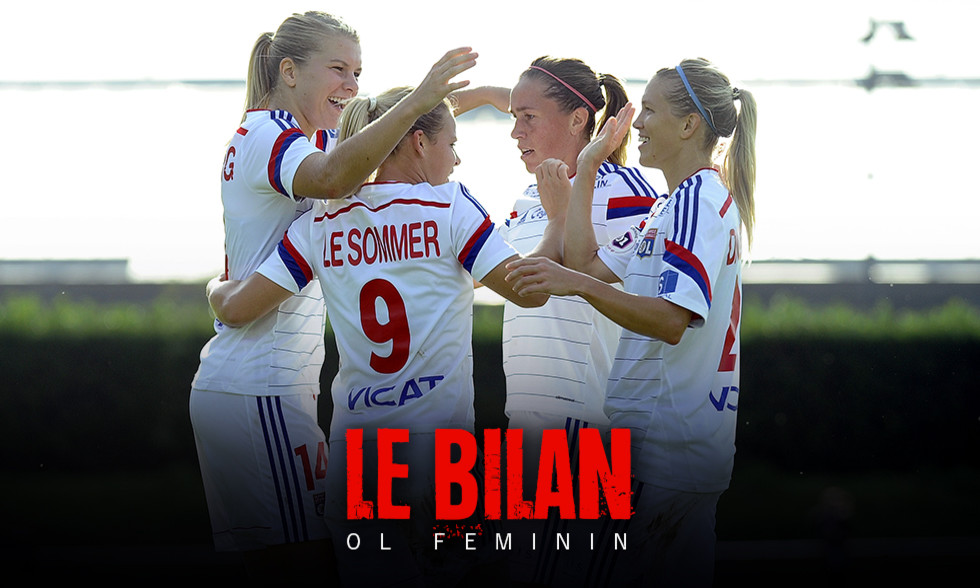 FIRST DIVISION REVIEW
This season, Gérard Prêcheur's players absolutely crushed the opposition, finishing with 22 wins from as many matches, scoring a new record 147 goals. The perfect season with plenty of big wins over their closest rivals. Montpellier (4-0, 5-1), Juvisy (4-1, 4-0) and PSG (2-1, 4-0) all felt the wrath of the nine-time French champions and their trio of prolific strikers Lotta Schelin (34 goals), Eugénie Le Sommer (29 goals), Ada Hegerberg (26 goals).

COUPE DE FRANCE REVIEW
OL cruised their way through the Cup against largely second division opponents. Les Lyonnaises still brushed aside top flight Guingamp (6-0) in the quarter-finals and Montpellier (2-1) in a tense finale. It was the club's fifth Coupe de France crown and the fourth in a row.

LE SOMMER AT THE SUMMIT OF HER GAME
Constantly improving since she joined the club in 2010, Eugenie was rewarded for a remarkable campaign with the UNFP Player of the Season award. It was the second individual award for the international forward who must now show all her class on the international stage.

The aim for next season will obviously to do better in the Champions League. Eliminated in the last-16 for the last two seasons, Les Lyonnaises are desperate to return to the summits of the European game. That will be without Elise Bussaglia and Lara Dickenmann who have joined Wolfsburg. The club has turned towards a mix of experienced players and promising youngsters. Saki Kumagai, Camille Abily and Corine Petit have all extended their OL contracts, while Aurélie Kaci, Claire Lavogez, Griedge M’Bock and Pauline Bremer have all joined to bolster the squad.