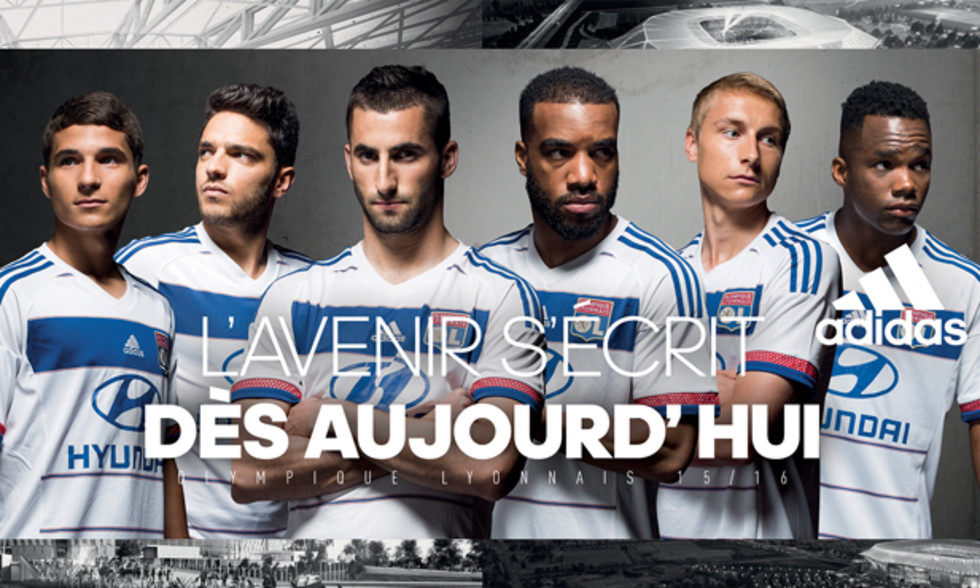 The moment you've been waiting for! Now you can check out the Home and Away kits for the 2015-16 season!

The new Olympique Lyonnais kit combines modernity, tradition and elegance, designed to accompany #TeamOL throughout the next season. The players will sport the new Home colours against Les Girondins de Bordeaux this Saturday 16 May, in Week 37 of the Ligue 1 season. The new away shirt will be worn for the first time during the friendly matches this summer.

Olympique Lyonnais is a familiar face at the pinnacle of the French game: The club's Women's team won the French league for the ninth season in a row as well as the Coupe de France, the men's team is qualified for next season's UEFA Champions LeagueTM while the U19 squad has qualified for the final of the prestigious Coupe Gambardella. To celebrate the Lyon youth academy, and promote the modernity of the club, young players from the youth academy were photographed alongside their illustrious first-team clubmates for a publicity campaign entitled: 'The future is written now.'

The red and blue bands on the sleeves and front of the shirt reinforce the feeling of belonging to this ambitious and modern club.

The new Olympique Lyonnais away shirt will be red, another colour that recalls the great European triumphs and the dawn of new victories, based on the stars of the academy. This colour, synonymous with combativeness, bears witness to the club's burning ambitions to shine in France and on the continent again. An all-conquering spirit, worn and lived by the players at each and every match, the chance to write a new page in history...

The special fitted cut and the Mao collar with press studs, confirm the commitment to lifestyle of this shirt, that will be, without doubt, quickly adopted by the OL supporters.

Find all the new kits at the online store and OL Stores :