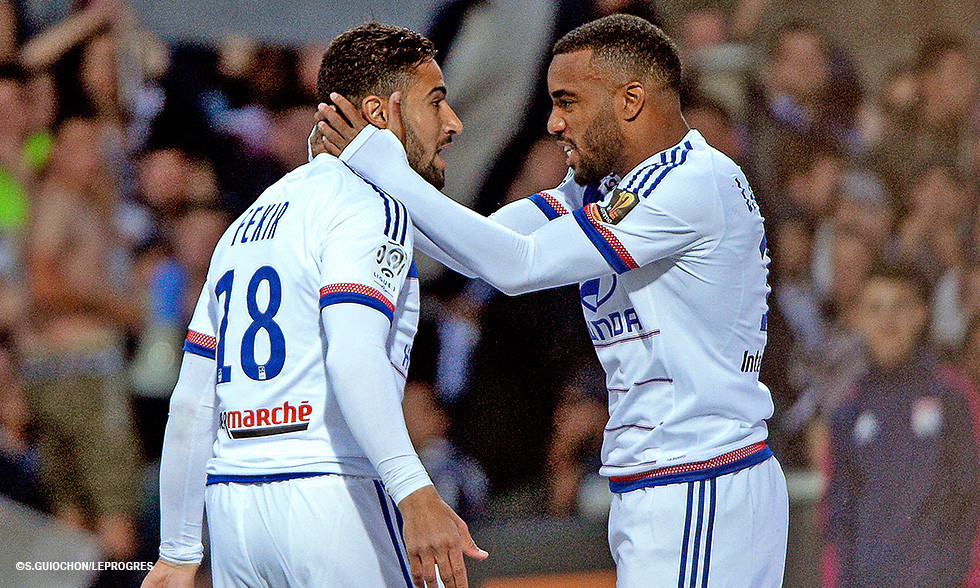 Assured of finishing second, and with it being almost impossible to hope for more, OL could play with the pressure off and celebrate a final home match of the season with the fans after the disappointment of Caen last weekend. Les Girondins were still in the fight for a potential place in the Europa League. They need to finish sixth and hope that PSG win the Coupe de France.  Bordeaux would also be looking for revenge after the 5-0 loss to Lyon in December... At a sold out Stade de Gerland for the final time this season, OL would be unveiling the home shirt for the 2015-16 campaign...

Jallet and NJie were out. Hubert Fournier started with Tolisso at right back and Rose in central defence with Malbranque in midfield. For Les Girondins, Faubert and Contento were missing. Saivet got the nod ahead of Khazri; two youngsters, Guilbert and Crivelli made their first ever Ligue 1 starts in a 4-3-3 formation.

Two corners in the opening two minutes and Bordeaux opened the scoring through Crivelli, celebrating his first ever start! Bordeaux looked solid, but Fekir, with power and intelligence equalised, getting the better of Sané after running onto a Ferri pass. Malbranque had to chance to give OL the lead after a great team move. It was an even contest with the visitors playing a high pressing game. Bordeaux finished the half strongly, causing plenty of problems for OL, while Fekir was a constant threat at the other end. Bordeaux finished the half with three yellow cards. Saivet almost scored with the last chance of the half, but Lopes was as alert as ever.

Could Les Lyonnais get the better of the Navy Blues? There was still very little space to operate in… Bordeaux stayed organised and disciplined. OL struggled to break them down. Mariano could find a taker with his cross on the hour mark… Lacazette went on a great, mazy, solo run, but couldn't find the finish. Yattara came on for Malbranque. Fofana replaced Grenier.  Fekir drew a save from Carrasso. Mvuemba was introduced at the expense of Ferri. Gonalons headed just wide from a Fekir corner. Pallois was denied a certain goal by a point-blank block from Rose. Fortunately for Lyon, Lopes did what he had to do, when he had to.

It's official, OL will finish second behind PSG. It was a tough final home match of the season against an excellent Bordeaux side that looked to get forward at every opportunity. The match will also be remembered for the appearance of Fofana on the pitch after so many months out as well as the end of season celebrations at Gerland...