OL keep hat in the ring 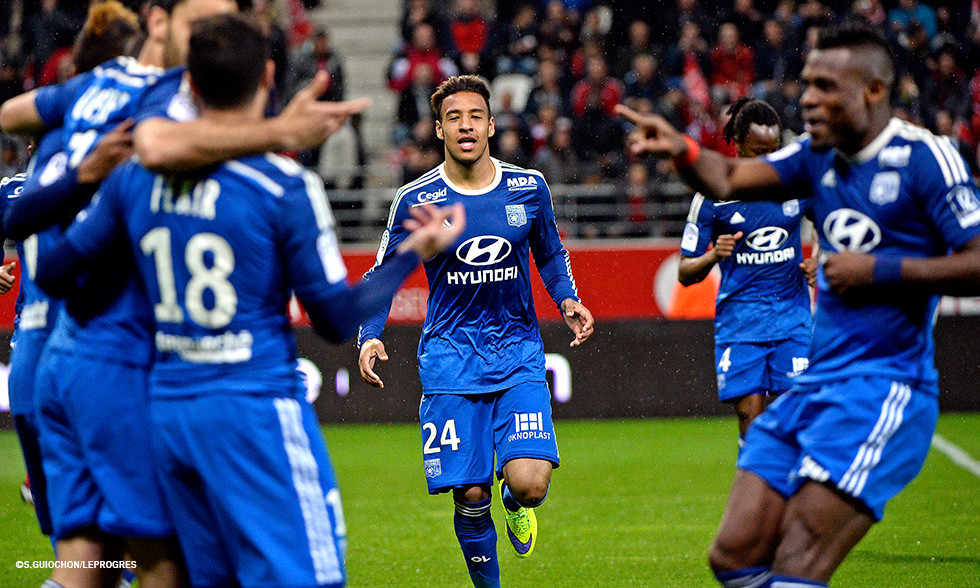 A dominant first-half display was enough for Olympique Lyonnais to get the win… An excellent result… OL move back to the top of the table, level with PSG and maintain the gap over Monaco and ASSE…

PSG had demolished LOSC 6-1 on Saturday afternoon… ASSE defeated MHSC 1-0… ASM brushed aside Racing Club de Lens 3-0. To avoid letting the Paris club get away at the top, OL needed the three points. A win would also maintain the gap over Monaco and Saint-Etienne who had closed to within 3 and 5 points, respectively, ahead of kick off... The Stade de Reims sat one point and one place above Evian in the relegation zone. It was a chance for them to take a huge step towards their Ligue 1 survival... The match also marked the return of Hubert Fournier to Reims where he had brought up the historical club from the third division...

Moukandjo was preferred to De Preville at the point of the Reims attack, while Tacalfred wore the captain's armband. As expected, Clément Grenier made his first start of the season for OL. Ferri was on the bench. With Lindsay Rose suspended, B. Koné partnered Umtiti in central defence. Reims lined up in a 4-1-4-1 formations against OL's traditional 4-4-2.

Olympique Lyonnais made an attacking start and rewarded immediately when Tolisso headed home Grenier's corner after just two minutes. Lacazette then added a second from Njie's cross! It was a brilliant start for the visitors. But Peuget reduced the arrears with a deflected shot from the edge of the area. But OL didn't doubt themselves and NJie provided a wonderful finish from Bedimo's cross… Four goals in the opening 20 minutes! Diego had a great chance to pull another goal back for the hosts from a Lopes clearance before wasting a second chance minutes later. Despite a late comeback from Reims, OL deservedly led 3-1 at half-time.

Well organised and disciplined, OL sat back and invited Reims to attack in the second half. The home side hit the crossbar with a Devaux header. OL began to struggle without the ball. Ferri replaced Grenier on the hour mark. Devaux then hit the post with another header (65'). OL continued to sit back… and began committing fouls… it was an average second half, but they maintained their two-goal buffer until Tacalfred haplessly netted an own goal. Lopes then produced another sublime save to deny Ngog, before Charbonnier scored a header from the resulting corner.  Gonalons and Co. held on for another important victory.

Les Lyonnais had an obligation to win. And they did with an excellent, prolific first half. They are still in the title race with four games left to play and have a healthy lead over AS Monaco and ASSE behind them. Lacazette wrote his name into the Lyon history books with 26 goals - the most in a single season by an OL player.