OL back to the top 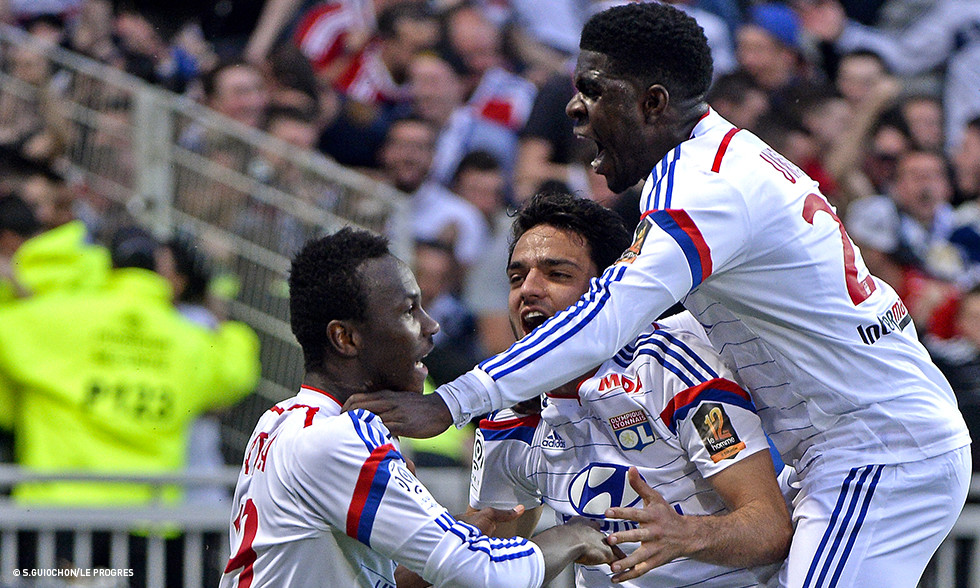 Les Lyonnais made the difference late on against Bastia courtesy of goals to Yattara and Lacazette... OL further extended their lead over the likes OM, ASM and ASSE ahead of the derby as a battle with PSG for the title looms...

By playing this match three days after the rest of the round (except PSG – FC METZ) due to Bastia's participation in the final of the Coupe de la Ligue, Lyon and Bastia both knew exactly what was at stake. OL could open up the gap back to Monaco, Saint-Etienne and Bordeaux as well as Marseille... A win would be an excellent result and see the side jump PSG into top spot, before their match in hand. Sporting Bastia know they are just two points above the drop zone... Every point is important from here on in...

Grenier and Fofana make their returns to the squad. It's great news ahead of these final games of the season. They started the game on the bench, alongside Maxime Gonalons, back from his muscle strain against OGCN. Rose, suspended, was replaced by B.Koné. Dabo continued at right-back in the absence of Jallet. The team lined-up in the traditional 4-4-2 with a diamond-shaped midfield and just one change from the Guingamp game (Koné for Rose). For Bastia, Brandao and Romaric came into the side at the expense of Sio and Boudebouz. Bastia started with three central defenders.

OL were immediately in control and Ferri fired the first shots of the match, one of which was superbly saved by Areola. Bastia were struggling without the ball. OL laid siege to the Bastia goal. But the goal didn't come... and slowly the away side came into the game. Fekir was still finding space on the right. Lyon had to show patience against a defensive opposition. OL couldn't impose their rhythm on the match to try and disorganise the Cup finalists. Zeffane replaced an injured Dabo. Lacazette went close. NJie forced Areola into action from distance. Fekir was then denied with a free-kick. Despite largely dominating, OL headed to the break all-square with Bastia, 0-0.

Bastia were disciplined and Danic was excellent playing in between the lines.  OL looked for solutions as Fekir and Lacazette accelerated the tempo.  Sio replaced Brandao and Grenier made his return to competitive action, coming on for Malbranque after eight months out! OL looked for the winner…  NJie had a great chance. Yattara replaced Fekir and scored from a Grenier corner. Yes!  From a Bastia corner, NJie tore upfield and laid on a brilliant counterattacking goal for Lacazette. Superb! Lopes still had time for a brilliant save.

OL struggled to break down Sporting for much of the match… The win was the main thing against a courageous Corsican side. OL are now seven points ahead of OM, and six ahead of ASM… An excellent result ahead of the derby. OL lead the league and Grenier is back!