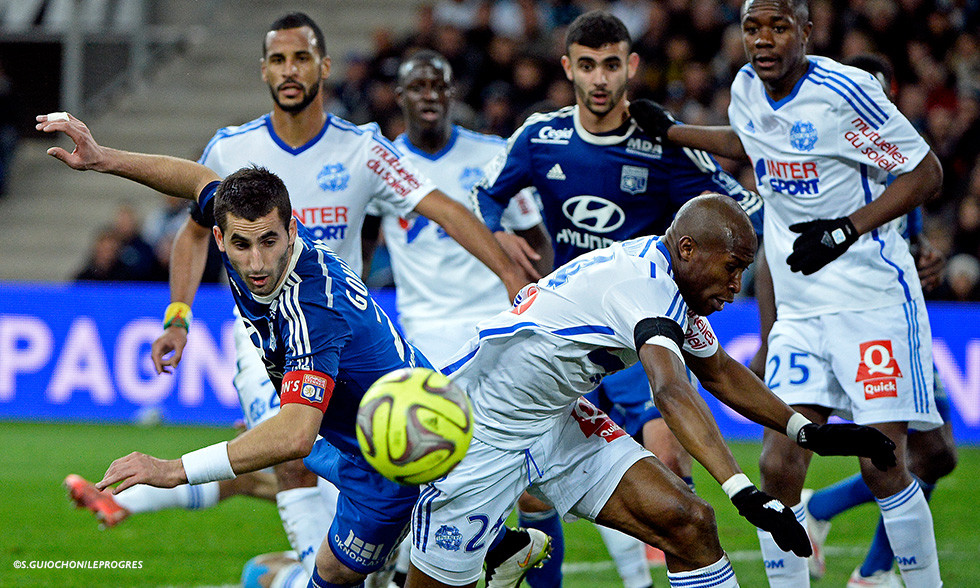 In the hostile surrounds of Marseille's Stade Vélodrome, OL resisted the home side's incessant attacks, and good even have won the game late after Morel was sent off. The scoreless draw means OL maintain their four-point lead of OM and now count a two point lead over Paris in second...

Les Lyonnais had the chance to make a big statement in Week 29 of the season. A win over Marseille and Lyon would take a huge step towards a top two finish and direct qualification for next season's Champions League, because they would open up a seven-point lead over OM in third, but also four points over second place Paris, who were beaten by Bordeaux earlier in the day. Marseille, with Monaco coming up fast behind, could ill-afford to slip up.

There were no surprises in the Lyon camp. Bisevac and Gourcuff were both missing, so Fournier started Rose in central defence and Ghezzal just behind the front two. For Marseille, Bielsa chose a three-man defence. Gignac and Thauvin got the nod over Batshuyai and Ocampos.

The home side kicked off inside a capacity-packed and noisy Stade Vélodrome. OM pressed high up the pitch in the opening minutes. That allowed Gignac to get one-on-one with Lopes, but the latter saved the left-footed effort. On the counterattack, Ferri released Lacazette who was in turn denied by Mandanda. The rhythm was frenetic in the opening exchanges… the ball raced from one end to the other. Umtiti headed wide, and second later, Mendy failed to test Lopes. Les Lyonnais started to put their foot on the ball and earning a few dangerous free-kicks. Lopes produced another minor miracle to deny Gignac's header that was bound for the back of the net. Ayew blasted at goal from the resulting corner. Over. Les Marseillais started piling on the pressure again in the 15 minutes before the half-time break. There were plenty of fouls, but less scoring opportunities... Ghezzal was replaced by Njie. Fekir moved to the No.10 role. The first half was more or less dominated by OM but Lacazette had the best chance and Lopes impressed.

OL started the second half without another dangerous set piece... cleared by Morel. Payet tried his luck from distance, comfortably saved by Lopes. Les Lyonnais were playing better, but were still struggling to carve out clear-cut chances. The Marseille defence stayed organised. From a free-kick, Fekir picked out Lacazette, but the league's top scorer failed to get a telling touch. OM pushed again but OL resisted. Payet's half-volley flashed wide, and then Gignac hit the post! It was pandemonium in the stands and in the Lyon penalty box. OL were rocking, but they would not cede. Ferri was replaced by Malbranque to inject fresh blood into the midfield. Lacazette was afforded no space whatsoever. Lopes produced another miracle... it looks like the ball may have crossed the line, but it also looks like there was a foul on the OL 'keeper. Morel was then sent off for a late challenge on Gonalons…tempers frayed. The atmosphere was fever pitch. Mandanda produced a full-length save to keep out Tolisso's effort. Les Lyonnais, with the extra man went looking for all three points. The OM 'keeper again denied Tolisso and then Yattara. It finished scoreless.

Les Lyonnais suffered for long periods against Marseille, but a bit of good fortune, courage and a great Anthony Lopes saw them bring back a point from the Stade Vélodrome. They remain atop the table and now count a two point lead over PSG in second, four to the good of OM.