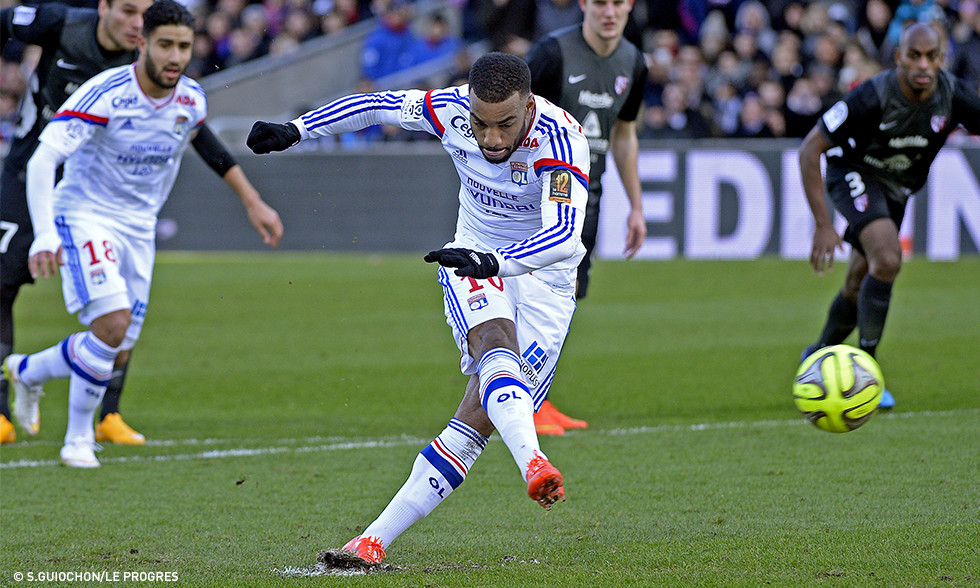 Nabil Fekir likes earning them, Alexandre Lacazette likes putting them away and Anthony Lopes likes stopping them… Last weekend's match against Montpellier, gave all three the chance to shine at what they like doing best...

He is the player that has earned more penalties than any other player in Europe's big five leagues (France, Spain, England, Italy, Germany). Against Montpellier, Nabil Fekir earned his fifth penalty in the league this season… one more than Romain Hamouma (Saint-Etienne) and Cristiano Ronaldo (Real Madrid). He earned two against Caen (one scored by Lacazette and one missed by himself), one against Saint-Etienne (missed by Lacazette), one against Nantes (missed by Gonalons) and one against Montpellier (scored by Lacazette). With 11 goals and 7 assists, Nabil has earned another two goals for the team.

He is the only Lyon player to have scored a penalty in Ligue 1 this season. Alexandre Lacazette has already scored six (vs Rennes, Evian, Caen, Lens, Metz, Montpellier), more than anyone else in the championship. Beauvue and Ibrahimovic have each scored four. The Lyon striker has missed one, against Saint-Etienne, for an 86% conversion rate!

Against Montpellier, the Lyon goalkeeper saved his second penalty of the season in all competitions. Anthony Lopes saved Carrasco's spot kick in extra-time in the last-16 of the Coupe de la Ligue against Monaco. It may not show in the stats, but Antho also stopped Ibrahimovic's penalty against Paris… a penalty that was retaken and scored. He also starred in the penalty shootout in the Coupe de la Ligue against Monaco saving Toulalan's effort. He conceded penalties against Metz (Ngbakoto), Nantes (Veretout) and Paris (Ibra).