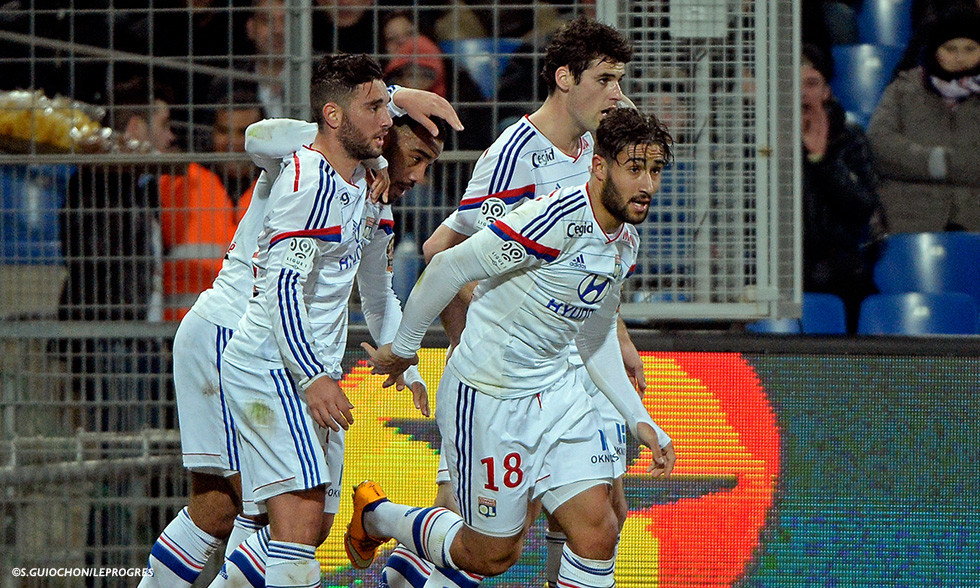 Led by their attacking trio, Olympique Lyonnais bounced back with a superb performance and a 5-1 win over Montpellier, to reclaim top spot in the Ligue 1 standings.

Les Lyonnais weren't leading the league when they travelled to Montpellier for the second of three consecutive away trips. Earlier in the weekend, PSG swept aside Lens to move provisionally two points clear at the top. If OL wanted their place back, a place that has been theirs since 11 January, they needed to win. Expectations were high after their loss last time out to Lille, which highlighted a little dip in form...

Roland Courbis aligned an attacking 4-4-2 formation for the match. For Lyon, Hubert Fournier made two changes to the side that lost to Lille. Rose started alongside Umtiti in the centre of defence in Koné's absence, and Goucuff got the nod over Ghezzal to play behind Fekir and Lacazette in attack.

Lyon enjoyed the possession early, but it was the home side that drew first blood when Dabo picked up possession from a poor clearance, beat Tolisso and crossed for Barrios to pass the ball into an empty net (5'). Lyon were finding space in the middle of the park, but Jourdren was in good form early, first denying Lacazette and then Fekir after a touch from the lively Gourcuff. Gonalons charged forward with ball at feet and shot, only to see the ball fade past the post. Umtiti drove forward and found Fekir, who jinked outside and earned a penalty... put away by Lacazette (29'). Les Lyonnais were right on top. Highlighted by a superb move between Gourcuff and Fekir, that the youngster fired home in style (40'). Jallet escaped with a yellow... Lacazette almost got his second! His shot flashing just the wrong side of the top corner... A shame.

Lopes made his first save of the match from Sanson's powerful shot. Both sides turned over possession and the yellow cards were distributed (4 for each side). Congré went of injured, replaced by Camara. Mounier moved to left back. Montpellier fought back. Jallet cleared the danger. Fekir's missile flirted with the top corner. Gourcuff and Fekir were causing havoc and the No.18 finished off a neat move with a chipped finish (72'). Gonalons was winning a lot of ball in the middle of the park. Umtiti lost the ball and conceded a very harsh penalty... Lopes ensured justice was upheld with the save 10 minutes from the end. Montpellier kept coming. Fekir went off after receiving a knock on the ankle. Moments after coming on, Yattara released Tolisso who scored (90+2'). Before doing likewise for Lacazette to add goal number five (90+4').

Les Lyonnais bounced back in style from the early setback of Montpellier's opener and dominated the rest of the match. Fekir, Lacazette and Gourcuff caused all sorts of problems for the home side's defence and rediscovered their scoring touch! Lyon are still top of the league.