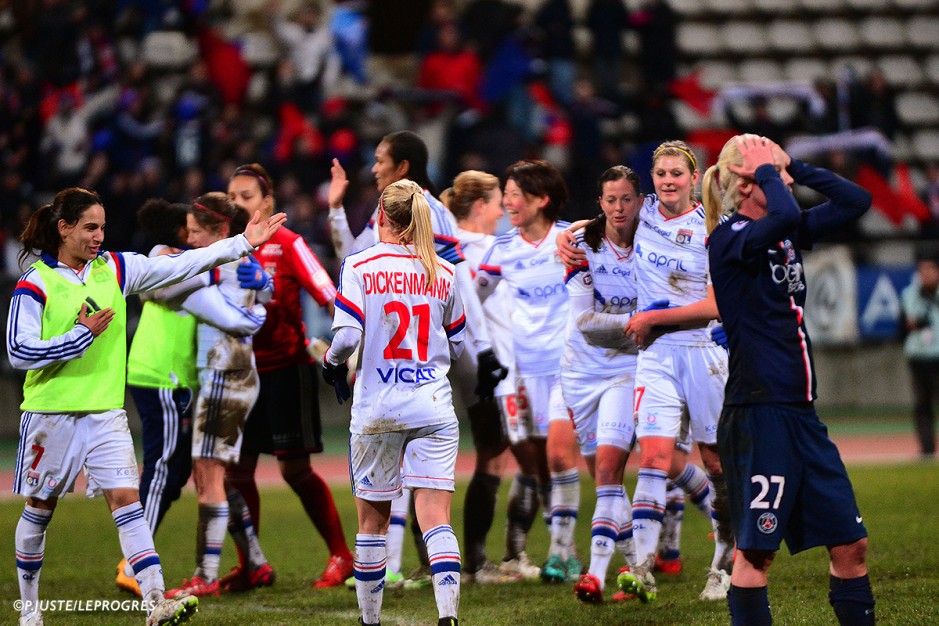 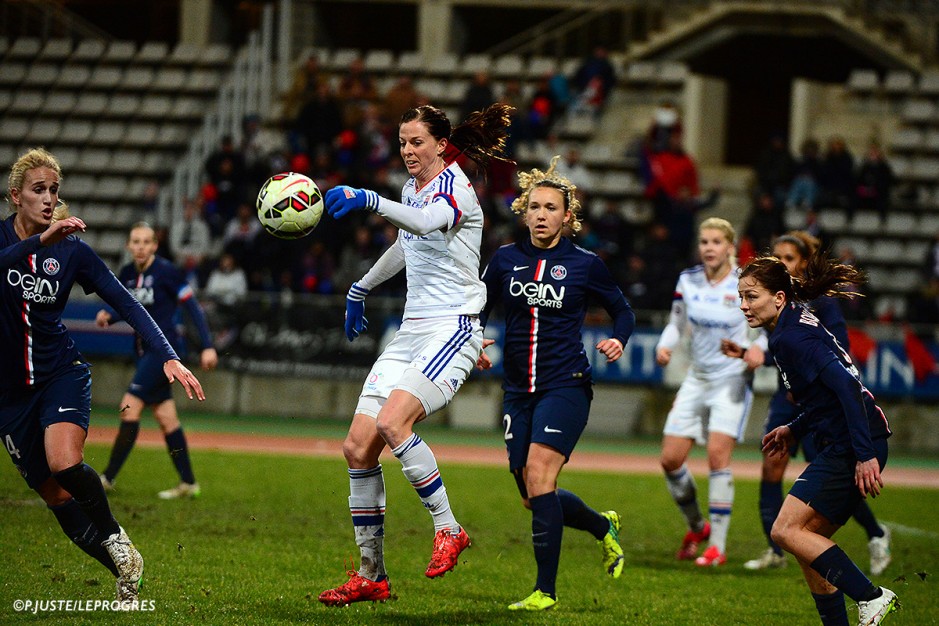 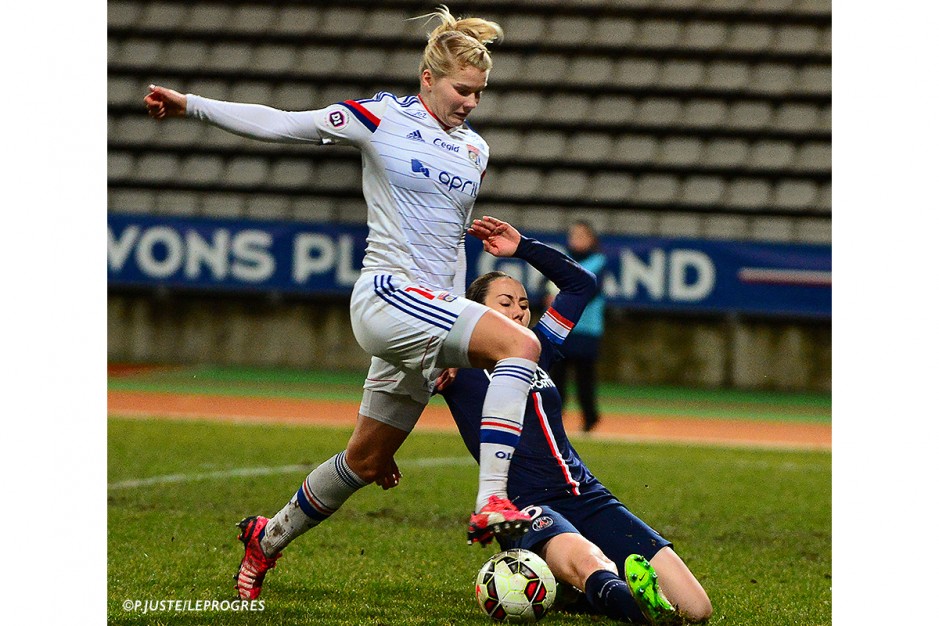 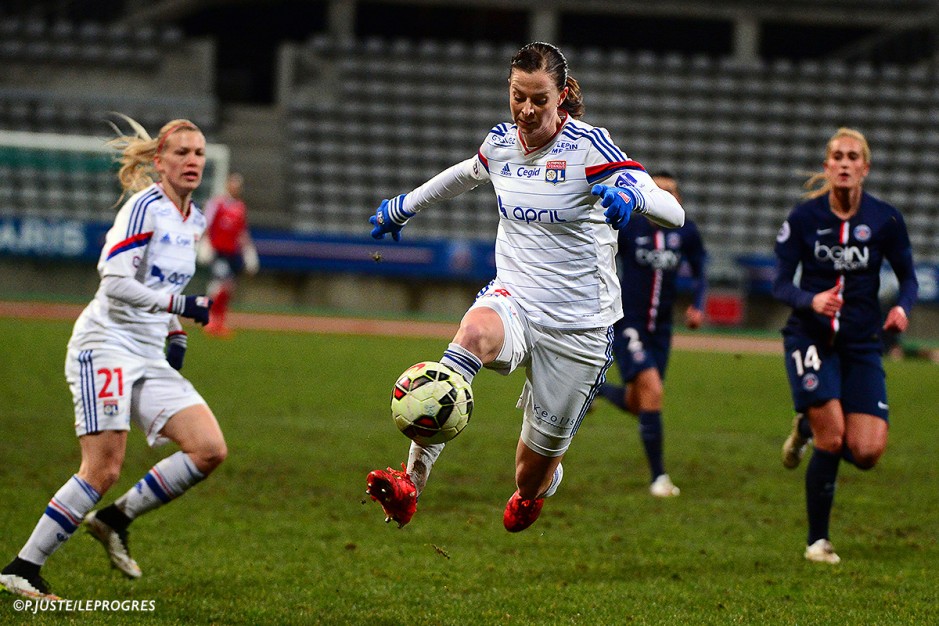 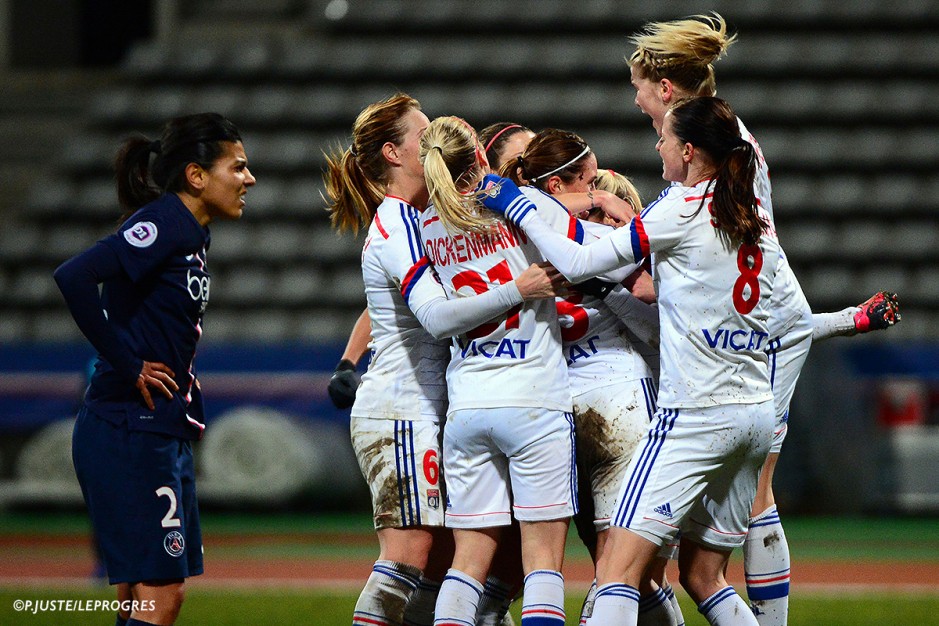 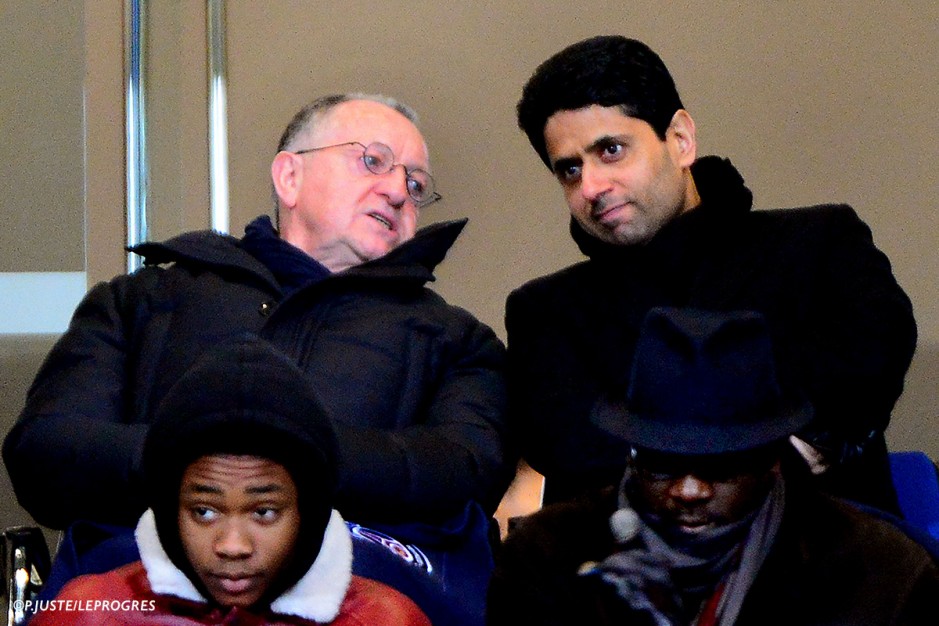 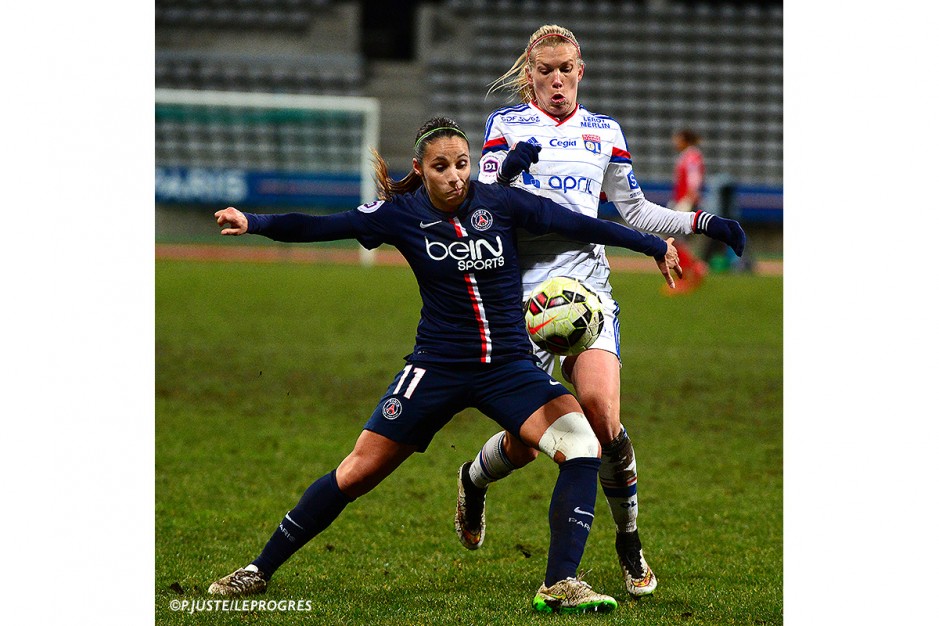 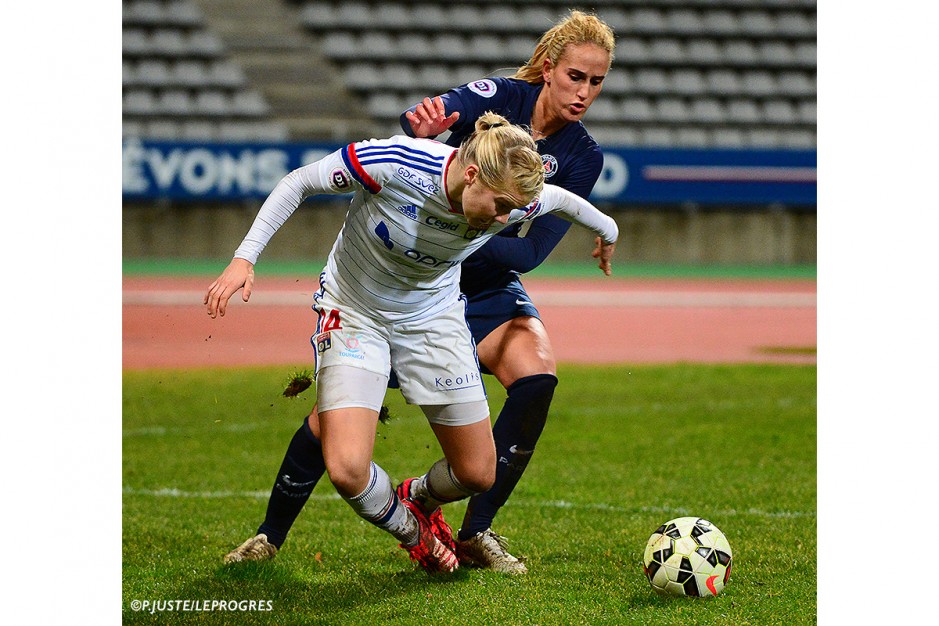 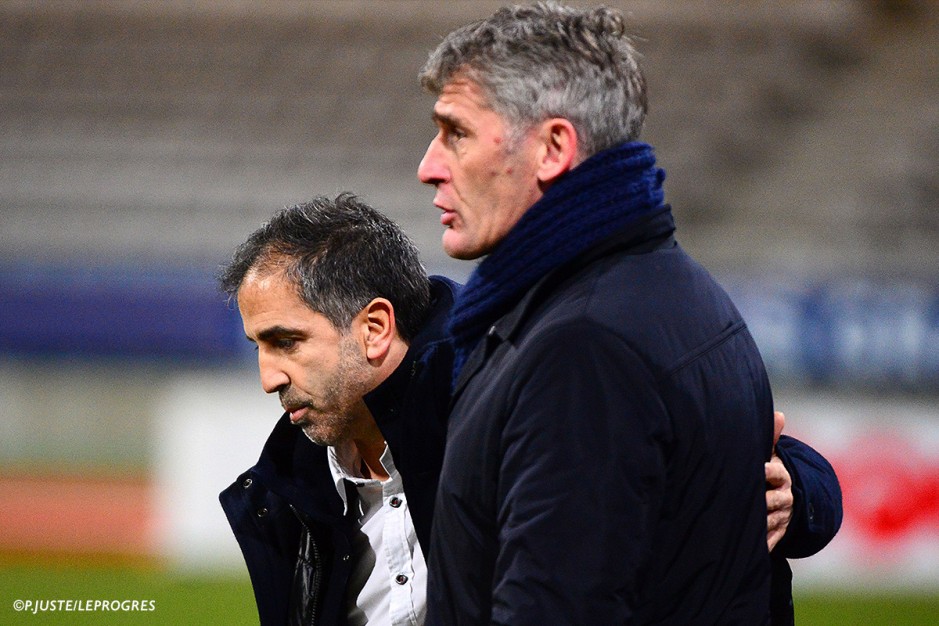 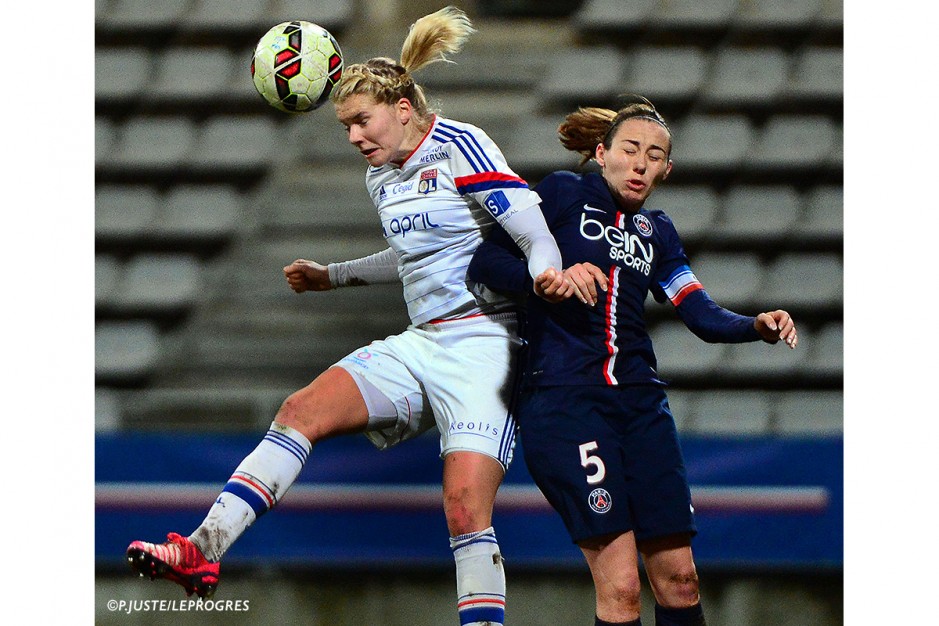 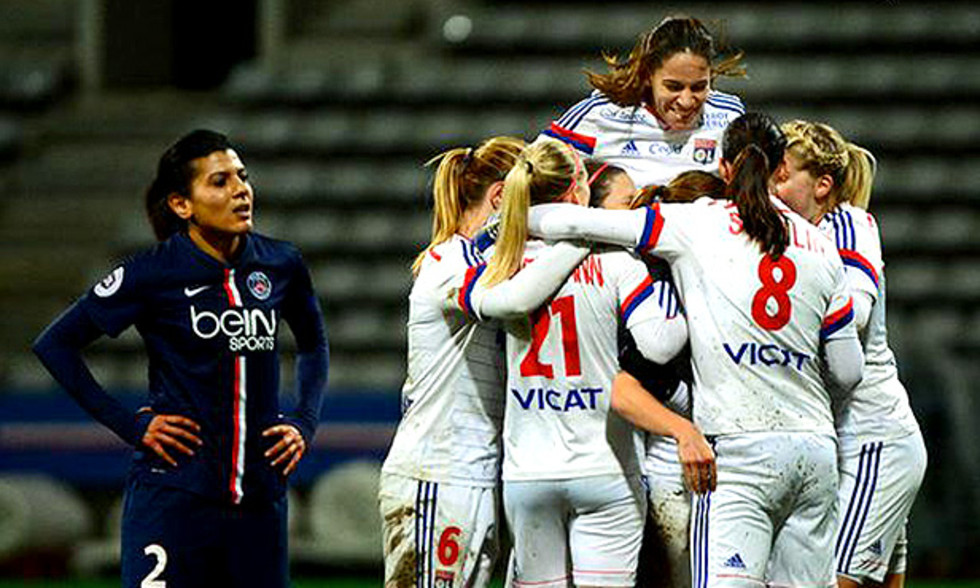 A top drawer performance from Olympique Lyonnais saw them run out dominant 4-0 winners over Paris Saint-Germain... A ninth consecutive D1 crown is almost a certainty and what a display to bring it about...

Les Lyonnaises took the chances that came their way, remained superbly organised and disciplined throughout, they left nothing but the crumbs to Benstiti's side. OL showed, by playing good, attractive football, past-paced, athletic football, that they are, more than ever, the team to beat in France. It was a veritable masterclass from the champions!

58': Dickenmann adds a fourth from a clearance from Bouhaddi and an assist from Schelin

56': after a foul on the untenable Abily, Bussaglia curls a masterful free-kick into the top corner.

46': Delie comes on at half-time for Paris. OL are in total control of the match.

OL quickly proved too strong for PSG in the opening 45 minutes and deservedly lead 2-0. An eexcellent performance from Lyon, despite a nervy opening 15 minutes.

35': Schelin gets onto the end of Hergerberg's cross to make it 2-0.  OL lead on the scoreboard and are dominating PSG on the pitch. Schelin nets her 26th goal of the league season.

29': Abily shoots and scores after Hergerberg lays the ball into her path.

26': Another chance for Schelin whose header shaves the post. OL are right on top.  Majri is dangerous every time she comes forward down the left wing.

21': A chance for OL with Abily, and Schelin's follow up is deflected behind for a corner.

8': A first shot of the match for OL from Abily. Asllani replies immediately and Bouhaddi saves.

The stakes are high and clear: if OL win, draw, or lose by a solitary goal, they will certainly be crowned French champions for a ninth consecutive season. PSG know they must win by at least two goals. The pitch was not in great shape... Paris men's team captain Thiago Silva was in the stands...