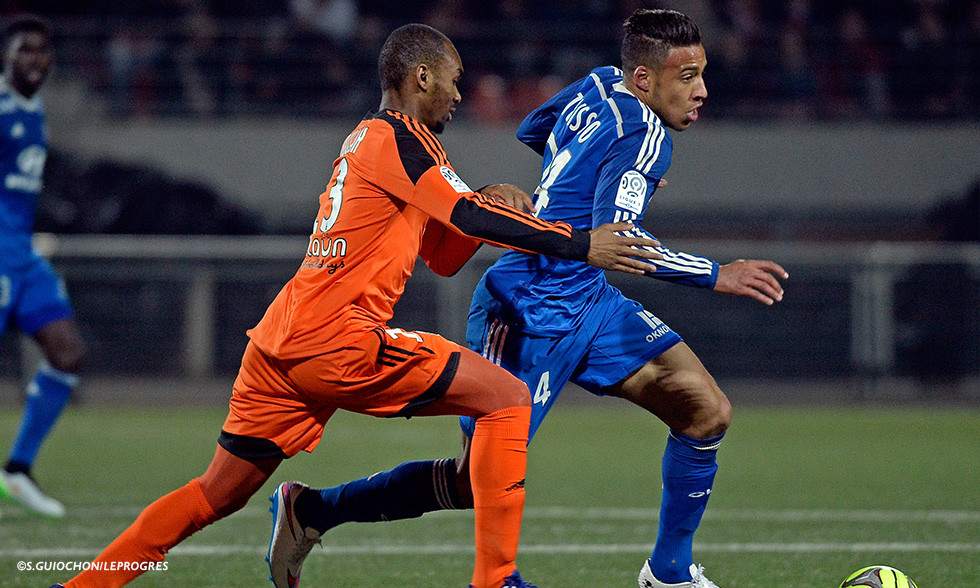 Like OM and PSG earlier in the weekend, OL drew the final match of the round against Lorient… the side maintained its two-point lead atop the standings after a slow start and a strong finish...

OL are coming off two draws. OM and PSG both drew playing at home, drew with Stade de Reims and Stade Malherbe de Caen, respectively. OL are sure to be top of the table, no matter the result… and a win will even see them extend their lead at the top! Les Merlus are hovering just above the relegation zone, one point ahead of ETG, who they play next week. They are looking for all three points. In previewing the match, one also has to take into account the artificial pitch…

Grenier, Fofana, Lacazette and Bisevac are all missing for OL. Hubert Fournier's side started in their traditional 4-4-2 with their midfield diamond. Former Lorient man, Mvuemba, used to the synthetic grass replaced Ferri. In attack, it was new-look with NJie and Cornet just ahead of Fekir. Lorient welcomed back Jordan Ayew from the Africa Cup of Nations; he was on the bench. Despite the absentees (Coutadeur, Jouffre…), Sylvain Ripoll had choices, while sticking to his football philosophy.

Les Merlus went close to opening the scoring through Jeannot, denied by Lopes and then Umtiti, on the line. The home side dominated proceedings, taking risks in attack. The locals were playing at a high pace with one touch football. Despite another scoring chance, there was still no advantage to show for the hosts enterprise. The right side of the OL defence was really struggling with Les Merlus left flank of Le Goff and Guerreiro! Fekir got his side's first shot on target on the half-hour… Jeannot headed across the face of goal after great play from Mesloub. FC Lorient, deserved more from the opening 45 minutes after dominating OL from start to finish.

Jordan Ayew replaced the injured Abdullah at the start of the second half. FC Lorient were now even more attack-mided. Bedimo tried his luck from distance, but then conceded a free-kick that was quickly taken to Jeannot on the right flank and he deposited the ball on the head of Jordan Ayew to open the scoring for Les Merlus. The goal sparked OL into life. Umtiti drew a fine save from Lecomte. Fekir controlled and shot just wide. Gourcuff replaced Cornet to offer more direction and construction in a playmaking role. But OL continued to find the going tough.  Ferri replaced Mvuemba. Lorient, sitting deeper and deeper, still looked comfortable bringing the ball forward. But then Gourcuff released Bedimo down the right and his cross into the middle was fired home by NJie for the equaliser. OL controlled the closing stages. Lecomte produced a fantastic save to turn aside Jallet's deflected cross and preserve a share of the spoils. The championship leader could even have won it as they finished over the top of their rivals with the technical touch of Gourcuff in midfield.

Status quo in the standings. OL struggling for a full hour, managed to grab a point courtesy of an excellent finish. OL, without Lacazette, made it three draws in a row. But are still undefeated in ten matches and maintain their two point lead in the standings over OM and PSG.