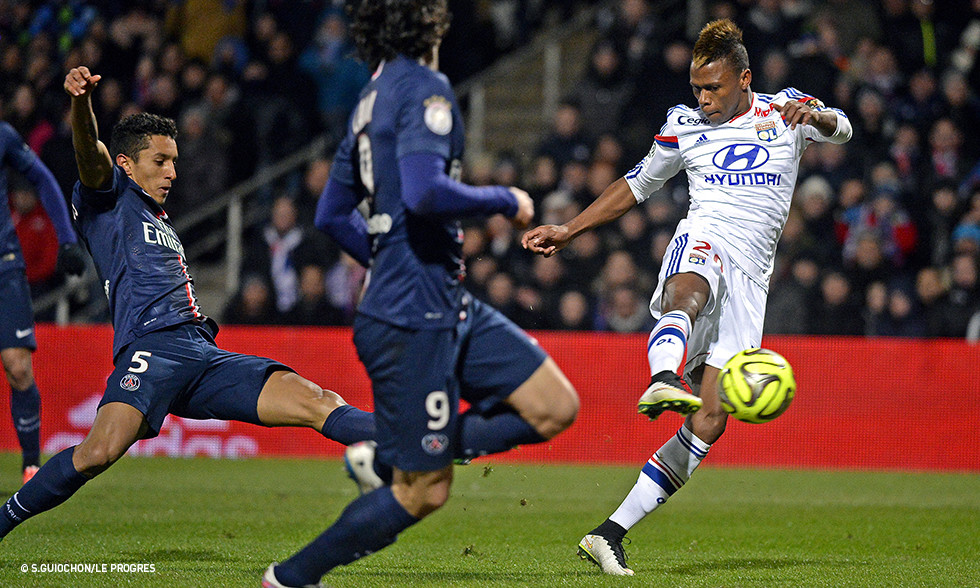 A series of miracles, performed by OL goalkeeper Lopes were close to upsetting a dominant Paris Saint-Germain side... It's an excellent point for a courageous Lyon side...

It was a match that would decide who was leading the lead at the end of this Week 24. OM and ASSE both drew; ASM lost… There is, therefore, plenty at stake for both OL and PSG. With a two point buffer over their guests, OL could be happy with a draw… Both teams are in form. It's a top of the table clash between two sides with very different budgets and sporting projects. And still the question for Lyon: Can Lacazette be replaced?

Lacazette, Grenier, Dabo, Fofana and Bisevac all missing on one side... Pastore and Aurier on the other. Hubert Fournier decided to go with Rose to replace Bisevac and NJie to replace Lacazette. Gourcuff started at the tip of the midfield diamond. Bedimo returned at left-back. There were no surprises in the Paris ranks...

There was a respectful minute's silence for the passing of Alain Thiry before kick-off.  The nit was time for the game… Paris dominated possession and Les Lyonnais stayed organised and sat deep. But it was Tolisso who had the first chance with a long-range shot that hit the post. Moments later Cavani was denied by Lopes - the start of the show! Led by captain Gonalons, Lyon attacked. David Luiz somehow missed with a header from five yards out... incredible!  Ibra lost possession and at the end of the move, Fekir played in NJie. A fantastic goal, despite the questionable defending.   OL stood up; PSG looked less and less comfortable. OL led at the break against a side that had started well, before OL got stuck into the game. OL had taken their chance and made the most of their attacks...

Lopes produced another incredible save to deny Ibrahimovic - and then another less than ten minutes later!  OL were really struggling. Lopes, twice, then stopped Cavani. But PSG got back level from the penalty spot after a foul on Verratti. A penalty that had to be retaken after Lopes had saved the first (encroachment).  Apart from the controversy, it was a deserved equaliser. Could OL fight back again?  Yes. OL immediately started playing higher up the pitch. But PSG were soon back on top.  But OL held on. There was no further change to the scoring. It was an excellent match of football. PSG were dominant, but couldn't get the win they wanted.

OL can thank their goalkeeper Lopes for several decisive saves. OL resisted with courage and a solid defensive team ethic, while taking the chance that came their way. OM and PSG remain two points adrift… The title race is still on...

Relive the match on the Sociol wall Room by Hyundai.