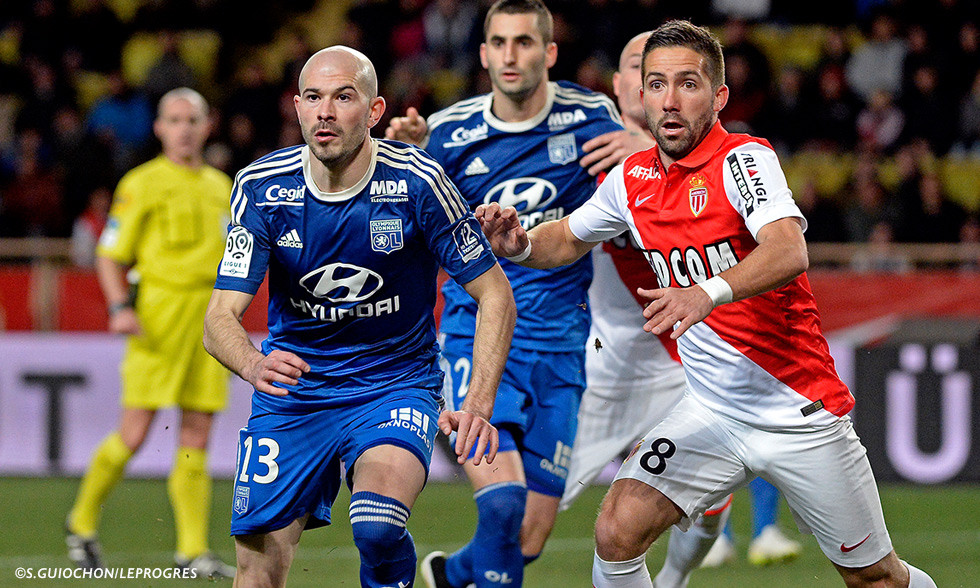 Les Lyonnais earned an excellent point away to Monaco that maintains the nine-point gap between the two sides in the standings...

The two teams are undefeated in their last seven Ligue 1 matches, with OL winning all seven and Monaco conceding just a solitary draw. The respective defences have starred in recent weeks with Monaco not conceding a goal in 701 minutes while OL have gone un-breached in 476. Nine points separate the two at kick-off on the ladder. League leaders Lyon have seen PSG and OM close to within a point earlier in Week 23. Saint-Etienne lost...

Life without Lacazette! Everyone is talking about the injury to Alex. Can OL continue on their winning ways without their emblematic striker? Fekir partners Benzia in attack. Before Bedimo is operational after the AFCON, Dabo continues at left-back. Gourcuff returns to the starting line-up just behind the front two. For Monaco, Abdennour is also at the AFCON, while Carvalho returns to the bench and Kurzawa starts on the left-side of the defence in a 4-3-3 formation.

OL controlled possession and set up camp in Monaco's half of the field, limiting the options for Toulalan and Co. Gourcuff tested Subasic from distance. Unfortunately, Bisevac twisted his knee and had to come off, replaced by Rose. Fekir was denied by Subasic as OL enjoyed the better of the opening exchanges. Berbatov then missed the unmissable. Silva flashed a shot just wide. Monaco began to defend higher up the pitch. It was an entertaining came with plenty of rhythm. Fekir was at the heart of everything good for OL. Raggi went off injured, substituted by Carvalho. It was scoreless at half-time with the intensity dropping out of the game towards the break.

AS Monaco scored… but the goal was ruled out as no-one touched the indirect free-kick. ASM lifted the tempo and played higher up the pitch. OL were pressured and rushed. Fekir had a great chance after good work from Gourcuff. OL looked to hit on the counterattack. ASM switched to 4-4-2. Ghezzal replaced Gourcuff. The second half was light on chances. Umtiti was stomped on by Wallace, but the officials didn't see it! OL were hanging on in the final minutes, but were never beaten courtesy of an excellent Lopes. It finished 0-0… despite a final chance to Kurzawa!

OL didn't score, but were solid at the back and earned an important point against a rock-solid Monaco team. Paris and Marseille have closed to within two points of the league leaders, but Monaco will struggle to make up the nine-points that still separate them from the Ligue 1 summit...