OL top of the ladder! 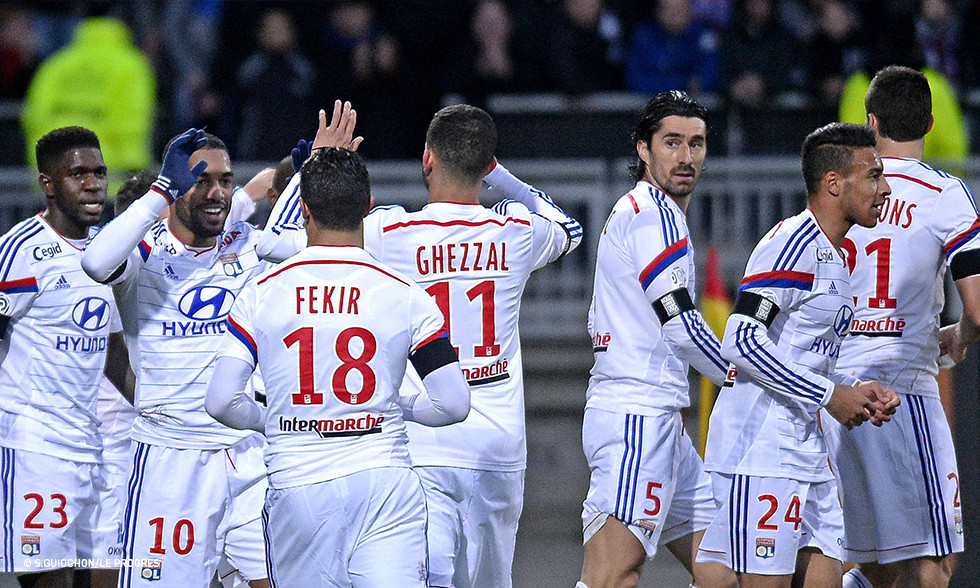 By dominating from start to finish their opponents from Toulouse, OL got the win they needed to move top of the table… Irresistible, superb… and thoroughly deserved for everything the club has achieved since September...

There was a very particular backdrop to the match after the recent events in France. The two clubs and the spectators paid an emotional homage to the victims of such madness. It was also special of the OL ground announcer, Dominique Gregoire, who received his award for Announcer of the Year. And, finally, it was special from a sporting point of view as OL could move top of the table after the losses to OM and PSG, with the chance to climb four points ahead of the defending champions!

The Africa Cup of Nations has left holes in both camps: Bedimo, Zeffane, NJie, B. Koné and Yattara for the hosts; Doumbia, Akpa Akpro, Sylla and Yago for Toulouse. OL went with their traditional 4-4-2 diamond shaped midfield formation with a first start of the season for Ghezzal just behind the front two. TFC stayed loyal to their 3-5-2 with Didot on the bench and a Ligue 1 debut for Blin (18-years-old).

OL immediately took control of proceedings against a Toulouse side focused on pressing. The tackles were flying in. The TFC had a first chance through Trejo (12'). From a turnover, Fekir released Lacazette who beat Ahamada. Ghezzal went close to doubling the lead from a Lacazette assist.  TFC struggled both technically and tactically against a remarkable Lyon side. Jallet saw his effort saved by Ahamada (22') after good lead up play from Ghezzal. OL were in fine fettle and offered Toulouse nothing but crumbs. Lacazette, again, took advantage of a deflected Tolisso pass to fire past Ahamada. Clinical Alex! Braithwaite had the chance to get his side back in it, but the shot was blocked. Les Violets were being outplayed, but Siriex had another chance to give them hope just before the break.

Barely two minutes in and Fekir netted a third goal from Ghezzal's assist. The domination continued and Fekir had another chance after lead up play from Lacazette. OL were finding solutions all over the park. Malbranque replaced Dabo as Tolisso moved to left back. Bahlouli came on for Fekir. Braithwaite missed another chance (81'). Gourcuff was introduced for Ghezzal. The TFC, outplayed for 90 minutes by a solid OL never looked like getting anything from the match. The game finished with one last chance, an attempted bicycle kick by Malbranque and a shot from Gourcuff, well saved by Ahamada. Braithwaite missed the target with the goal at his mercy in stoppage time.

A lot was expected of OL and they delivered. It was the club's 14th victory of the season and they lead the league, one point ahead of OM, 3 to the good of Les Verts and 4 clear of PSG. The way in which OL won also augers well for the future, in a competition where they can clearly play for the title, led by the unstoppable Lacazette and Fekir… and the rest of the squad without weakness. OL has developed into a winning machine, one that plays good football... and entertains its beloved fans!