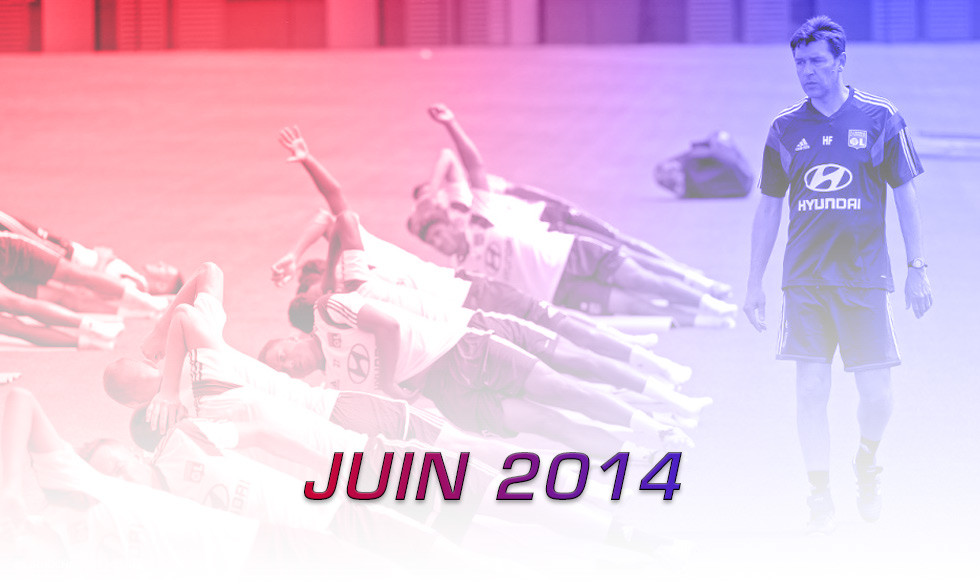 June meant the start of preseason training for Les Lyonnais. The squad met up at Tola Vologe and then the altitude training camp in Tignes...Les Olympiens didn't have any time to lose. The first competitive matches weren't far away...

Having reached their objective of qualifying for Europe, the Lyon players could head off on holidays with their heads clear and satisfied. For some, the 2013-14 season still wasn't finished... At least, for one. Only Henri Bedimo would jet off to Brazil for the World Cup after Clément Grenier had to withdraw through injury.

Barely a month after bringing the curtain down on last season, 25 June saw the start of preseason. But it was two more days before Les Lyonnais tied up the laces on the boots… First of all were the medical and fitness tests for the whole squad at Tola Vologe and a first press conference for Hubert Fournier.

Les Lyonnais weren't hanging about in the summer heat of their home town. It was time for the traditional preseason training camp in the mountains at Tignes. The aim? Get quickly up to speed. Strengthening, aerobic, cycling, weights... and even a bit of football... And all against the magnificent backdrop of the French Alpes...