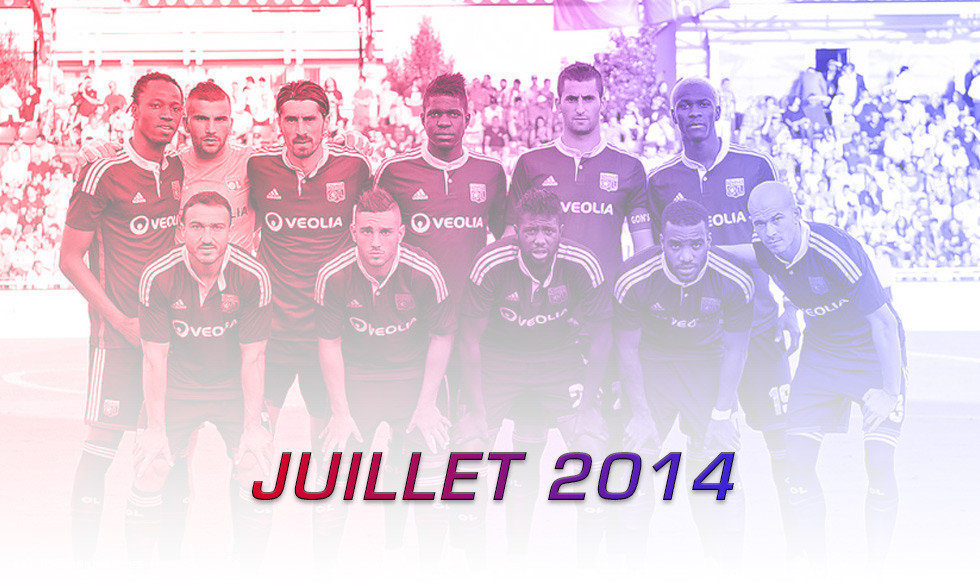 Les Lyonnais prepared for their return to competition in the right way… a Tignes training camp, four friendly matches, including two wins, and the new signings of Jallet and Rose. The result? A winning start in the Europa League versus Mlada.

Les Lyonnais hadn't seen the worst of it yet. Having arrived in Tignes just before the end of June, the team rang in July at altitude as they continued their preseason training. The aim was the put the bodies through their paces and get them ready for competition on 31 July, in the Europa League… To do that, cycling, run and bike and rafting was all on the program. Smiles, grimaces, extreme efforts, relaxation... and unity.

Before rejoining his teammates in Tignes along with the rest of the internationals, Maxime Gonalons put an end to the suspense by confirming his desire to continue with OL.

No sooner had their training camp ended, than OL was playing its first preseason friendly against Debrecen. A 4-2 loss, that included a very good second-half performance. There was more to come a few days later with an excellent 2-0 victory in Copenhagen. Les Lyonnais were getting stronger and stronger, highlighted by their 4-1 win over Shaktar Donetsk... and then a scoreless draw against the Europa League winners.

The month of July was also the opportunity to see two new faces at Tola Vologe. The first, that of Lindsay Rose, the young central defender signed from Valenciennes. The second, the experienced Christophe Jallet, the former PSG right back. Naby Sarr went and transferred to Sporting Lisbon.

On the final day of July, the serious stuff began. With the friendly action out of the way, OL had a date in the third preliminary round of the Europa League away in the Czech Republic against Mlada Boleslav. A 4-1 victory meant OL could approach the second leg full of confidence…