A save, a goal, a moment 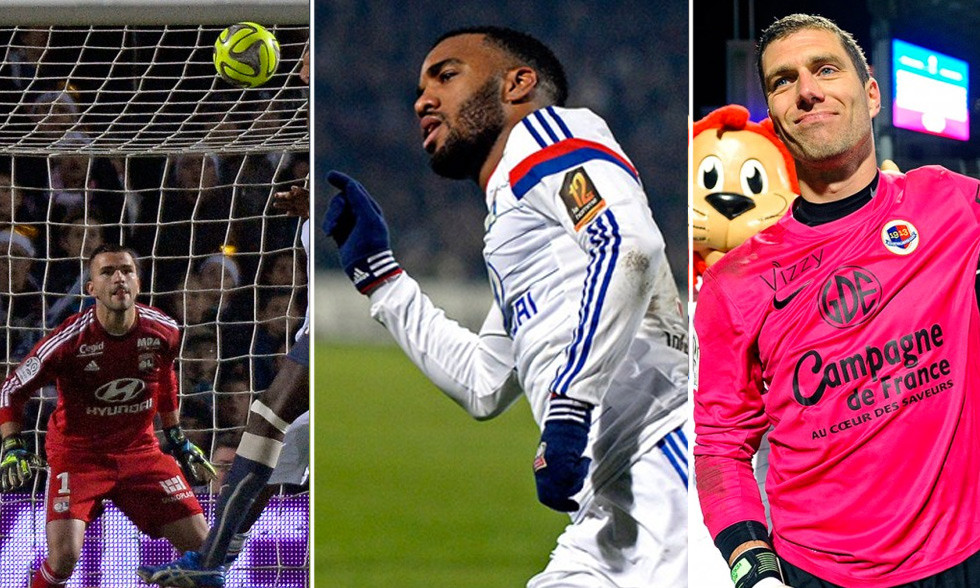 Olympique Lyonnais finished 2014 riding a wave of success and fully deserve their second place at the halfway point of the campaign. The only hiccup was the penalty shootout elimination in the Coupe de la Ligue.

He plays a little bit better each and every time he plays against the side from the principality. Author of a majestic display against Monaco in the league, Anthony Lopes was at it again in the Coupe de la Ligue. If the lottery of the penalty shootout hadn't gone against OL, the goalkeeper would have been one of the stars of the game.

To start with, the OL 'keeper wasn't caught out by Ocampos' deflected shot from just inside the area. Antho had also saved his last two penalties, including one at the start of extra-time! Lopes denied Carrasco's powerful effort with a fantastic save, before jumping back to his feet to smother the effort of Silva. During the penalty shootout, the OL 'keeper also saved Toulalan's effort.

He has been leading by example. Alexandre Lacazette was in astonishing form in December, ending 2014 in real style. The OL dynamite he packs in his right boot was like anti-armour weaponry piercing opposition defences.

It started with that missile against Evian with that corner, controlled before dispatched powerfully under the crossbar. The move enjoyed a lot of success, so Alex decided on a sequel, just a few days later against Caen. This time, he controlled with his chest before blasting home. The third goal was of a different genre. Played through on goal by Fekir's outside of the boot pass, Alex blasted beyond the Bordeaux 'keeper with a controlled, powerful finish from 20 metres out. Stunning...

His former teammates ensured he shined upon his return home. The way match played out meant Rémy Vercoutre had a starring role as Caen visited Lyon. Despite the three goals conceded, the man that spent more than ten years at the Stade de Gerland, Vercoutre produced a series of great saves, often single-handedly keeping the OL armada at bay. Rémy finally got his standing ovation and the lap of honour he so richly deserved...