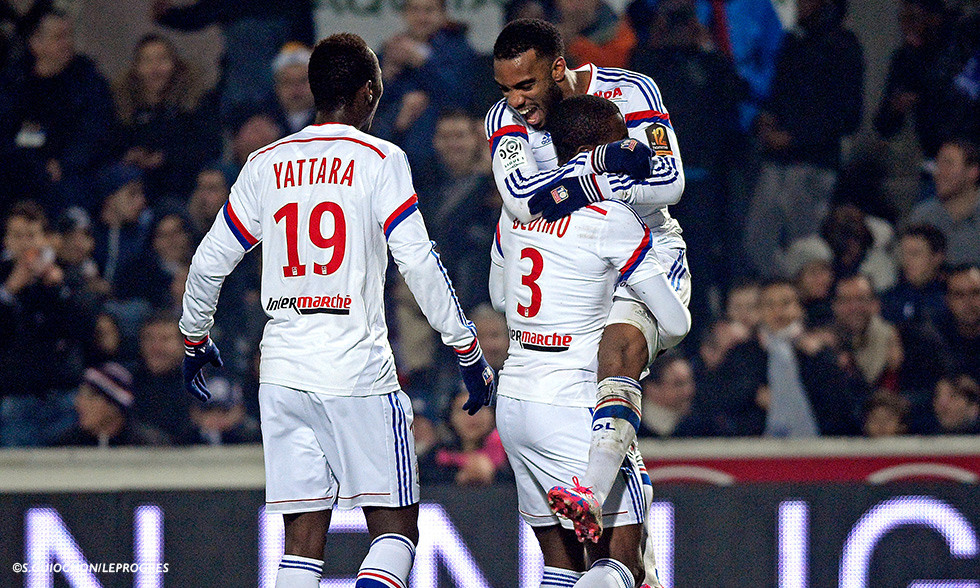 Find out what Jean-Michel Aulas, Bernard Lacombe and Hubert Fournier had to say after the 5-0 win over Bordeaux in Week 19 of Ligue 1.

We were in 17th place before the game against Monaco. We had a very tough start to the season. We had so many injuries. We have an attractive side. We take risks and play with possession and speed. When opponents tire, we can produce this type of result, which is a little flattering. We can't get carried away.
It's an excellent start to the season that bodes well for the future... Lacazette was marvellous. He has come a long way. He is one of the best players in Ligue 1. Fekir is very promising. Njie, even if his finishing isn't always perfect, is capable of making the difference. The more experienced players did their job. Max was brilliant. Everyone played their part. We had a very good goalkeeper, like we have had since the start. He has often been the difference. We are very happy to have a squad that is young and entertaining and plays to score goals…
If there is a player that fits into what we are doing, then they maay be an option. We will make sure no-one leaves. It would be great to play in Europe with this team next season. Our three recruits this year will be Yoann, Clément and Gueïda, three internationals. We can permit ourselves to dream little.

Bernard Lacombe: "It was a little bit crazy this match, a little bit defensive in the first half. The sending off helped us a little. Bordeaux left too much space. Congratulations to the coaching staff and the players. It's magnificent for the the whole club… Lacazette? He's scored one more goal that I got. He deserves it. It's a just reward. He makes the most of every opportunity. He is clinical in front of goal."

Hubert Fournier: "Bordeaux started with a five-man defence. We were on top so we had to change our system. That's not easy. We controlled the game well. Marseille are an excellent leader. We weren't as consistent as they were. 39 points, that says a lot. It bodes well for the future… We are a team that likes to attack. We need to maintain this approach... We will be back in training in a week. The break will do plenty of good, physically, but also mentally; a chance to clear the head and come back refreshed and ready for more."