Fournier: 'A great battle against Bordeaux' 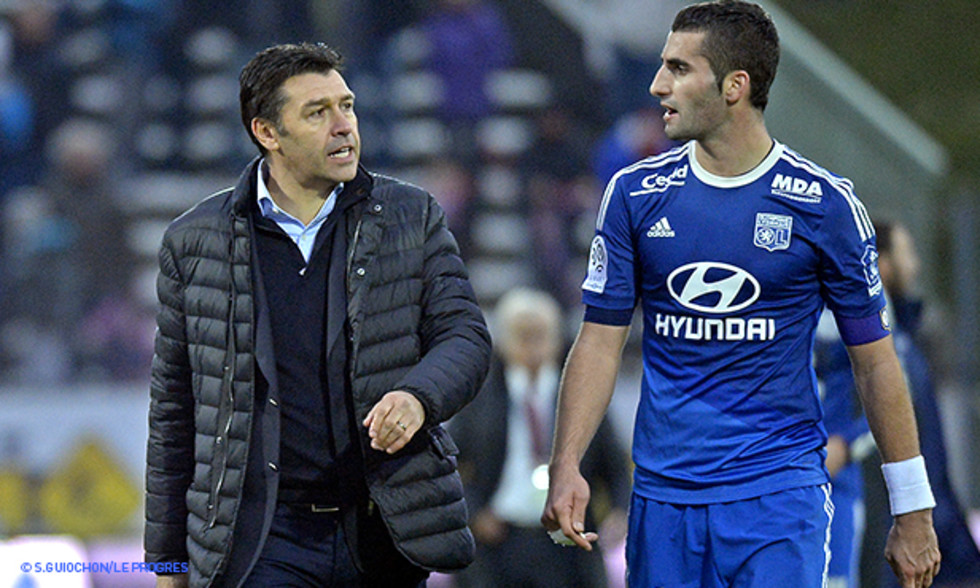 OL coach Hubert Fournier conducted his final press conference of 2014, two days ahead of his team's trip to Bordeaux...

"Yassine Benzia has a fairly serious sprain. He is in plaster for four to six weeks. It's a real problem for the team with the Africa Cup of Nations coming up. Steed Malbranque will see the surgeon on Friday for his knee. He can feel it blocking a little. Yohann should resume training on Friday along with Nabil Fékir (shoulder).  Clément Grenier is training every day. He is up and down. Will he be in the squad for Bordeaux? That depends on how he feels..."

"If Yassine had been available… We have a little crisis in attack during the Acrica Cup of Nations. Do we buy a new attacker? It's possible... either that or pray that Nabil and Alex don't pick up any little injuries. We are not the only club looking for a striker and we're not the richest either... But we can't rush in and make a mistake. We can't afford to buy just for the sake of it. A long term option? You can look at it like that."

"It's mathematically possible, but it's not an obsession for us. Our obsession is getting the three points... We need to finish this match with 39… or 37 points. We can't look for excuses after our elimination. We have to get straight back into the saddle and finish the year on a high. Playing so many matches does have an effect on the bodies. It uses up a lot of energy. But we do have a pretty young squad that recovers easily. We are in the same situation as Bordeaux. We, the coaching staff, have to think hard and analyse the state of our troops."

"He needs to build on his first half of the season. He's needs to be consistently dangerous in attack. He also needs to be careful about his lifestyle and those around him after such a good period. He is moving into the next phase of his career, when we expect him to step up to the next level. Our opponents look at him differently now. His best position? As high as possible, so he can be in the dangerous areas, with wasting too much energy playing deeper. His future? It would be normal to offer him a new contract because that will reward him for what he has done on the pitch. That other big clubs are keeping an eye on him is normal. But I don't think he's ready just yet to move to a really huge club...'

"Should expect a drop in form? He needs to anticipate that possibility, to avoid it happening. It means constantly looking at yourself in the mirror, analysing his performances and always staying alert. He is a complete player who always gives his utmost for the team. That's what makes him unique. He's a real footballer, not just a goal scorer. He drops back, he takes people on and he brings his teammates into the game..."

"They have had an excellent season. Don't forget tht they were fourth at the winter break last season. The hype around the club is very positive this season... They are an entertaining side that I like watching. It's especially hard to play them at home. We will have to be solid in defence. It will be a great battle. We have to have a winning mentality. Our last win at Bordeaux could be an element in the subconscious... We know we are capable of beating teams at the death. We have done it this season."

"We need to be more demanding. We need to play better away from home in the second half of the season... Our success depends on that. Wins at the Stade de Gerland won't be enough."