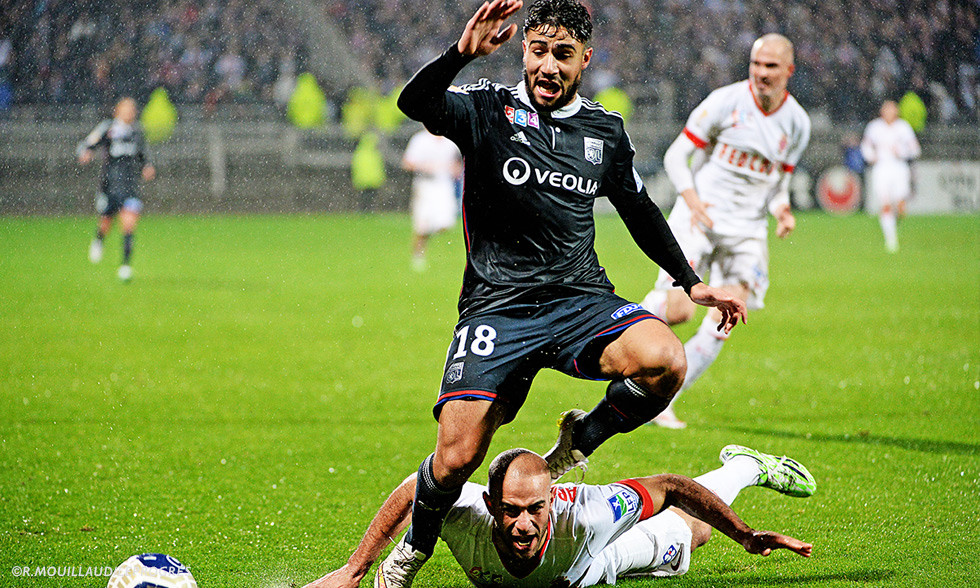 The league was put to one side for a moment with the last-16 of the Coupe de la Ligue. The match came just before the final game of 2014 that will see OL travel to Bordeaux, while ASM head to Metz. This OL vs ASM was without a doubt the big match of the last-16 draw between two in-form sides...

Before the game, Hubert Fournier spoke about bringing in some fresh legs for the game, without upsetting the good form of the side. Zeffane started along with B. Koné, but the strike duo of Lacazette and Fekir remained unchanged; Gourcuff was on the bench, as OL played in a 4-4-2 formation. Monaco coach Jardim was without the services of Berbatov, Kondogbia, Kurzawa, Carvalho… and Wallace was suspended. Stekelenburg made his first start in goal. Germain started, Martial was on the bench and Toulalan was in central defence in a 4-2-3-1 formation.

The rain had set in for the evening, but would it be a factor in the final result? OL made a good start and dominated the early possession. Lacazette had the first chance of the match. ASM sat deep and looked to hit on the counter. Fekir sent a free-kick just wide of the top corner. OL struggled to change up the rhythm of the game. Ghezzal came on for Malbranque (sore knee) just before the half-hour. A great passage of play and pressure from Lyon ended with Toulalan saving his side. The conditions ensured it was a first half littered with errors. Les Monégasques were well organised and not overly worked by Maxime Gonalons and Co. who looked a little short on ideas. It was a dour opening 45 minutes.

It was a similar situation after the restart. Ocampos drew a fine stop from Lopes. Monaco looked more and more dangerous, especially with Germain. Fekir (shoulder) was replaced by Benzia. Ghezzal showed off his left foot… A Mvuemba free-kick caused panic in the ASM box. OL stepped up a gear. But ASM held firm in defence, led by Toulalan and Abdenour. Benzia went down in the area... no penalty. It looked a clear foul by Fabinho. OL were combining well. Gourcuff made his return to action five minutes from time. Umtiti missed the best chance of the match after the 'keeper made a mess of coming for a corner! Extra-time...

Carrasco earned a pernalty, brought down by Gonalons. Lopes saved Carrasco's spot-kick! But he scored two minutes later on the counterattack, beating Koné. Benzia was denied by Stekelenburg. OL fought back and looked for the equaliser. Martial replaced Germain. Lacazette fought hard and finished off good lead up play from Gourcuff.  OL went in search of the knockout blow, led by the lively Gourcuff. Lopes saved from Silva. Penalties...

ASM took the first effort with Toulalan… and Lopes saved from the former OL man. Gonalons fired OL one-up. Lopez equalised. Lacazette scored for OL. Martial scored (2-2). Ghezzal fired OL back in front (3-2). Fabinho kept Les Monégasques in it (3-3). B. Koné then sent his effort over the crassbar (3-3). Silva beat Lopes (3-4). Umtiti equalised for OL (4-4). Ocampos put ASM within touching distance (4-5). And Ferri's effort was saved by the Monaco 'keeper.

OL lost on penalties and unfortunately has a few less matches to play this season. It was a disappointing result, despite showing good character to equalise. Now the team heads to Bordeaux to finish an excellent first-half of the season.