OL dig deep for the win! 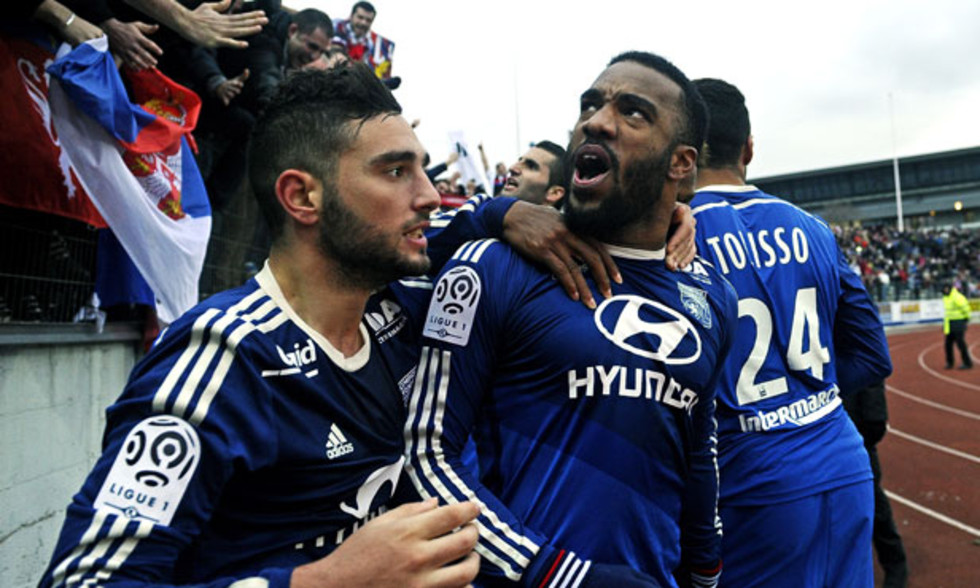 Olympique Lyonnais spent much of the match chasing the score, before finally defeating Evian 3-2 in stoppage time thanks to an Alex Lacazette who had a big role in all three goals. A second away win of the season sees OL back into the top three...

The equation was a very simple one. Bordeaux and Saint-Etienne won on Saturday, which meant the only way OL was heading back into third place was with a win away... But with only one win on the road all season, that was easier said than done. Lyon travelled to Evian Thonon Gaillard at the same ground were they lost last season...

One thing was sure, Evian couldn't count on Wass, their in-form Dane, with already seven goals to his name this season, was ill. He was replaced by Barbosa in a 4-4-2 formation. There were changes in the Lyon camp with Dabo, Malbranque and Benzia all coming into the starting line-up, replacing Bedimo, Tolisso and Yattara. Bisevac was also back in central defence.

Lyon showed plenty of good intentions at the start of the match, but not enough precision. Despite the lion's share of possession, they didn't manage a shot in the opening 15 minutes. Malbranque was the first to try his luck. Four Lyon shots quickly followed, but three were blocked by the ETG defence and Benzia's fourth was saved by Hansen. Les Olympiens were in control and looking better and better. But just as they were laying siege to their hosts' goal.... Barbosa sent a 25m free-kick curling into the top corner of Lopes' goal with his side's first shot (29’)! The match lost its rhythm with a number of fouls and bookings. Les Lyonnais were stunned by the goal. At the other end, Evian missed two great chances to extend their lead. OL were struggling to lift themselves up after that opening goal and headed into the break with plenty of work to be done if they were to come back.

Just minutes after the restart, Hansen's goal was coming under serious pressure. First Dabo and then Ferri tried their luck but failed to find the equaliser. Fekir was coming into his own. He earned a free-kick that Lacazette took. Hansen could only palm it out to Benzia who made it 1-1 (63’). But the joy of equalising didn't last long…Barbosa got on the end of a cross to side foot past Lopes (64’). OL had to do it all again. Hansen punched out another Lacazette header. With 15 minutes left, OL were looking short of ideas. Njie, Ghezzal and Tolisso had come on but hadn't changed the game. In the end it was Lacazette who got the side back on the road to success. From a corner he controlled before rifling home a powerful half-volley (82’). Fekir then shot narrowly over. Les Lyonnais were pushing for the win…Umtiti missed a good chance with a header. Tolisso followed suit. The referee then awarded a penalty for OL... and Lacazette stepped up to score in the last minute of stoppage time.

Les Lyonnais could thank Lacazette for his last-minute winner. Their second half performance was far better than the first. OL again showed great character in the final seconds to get a crucial win, just days after their success over Reims, to record a second away win of the season!