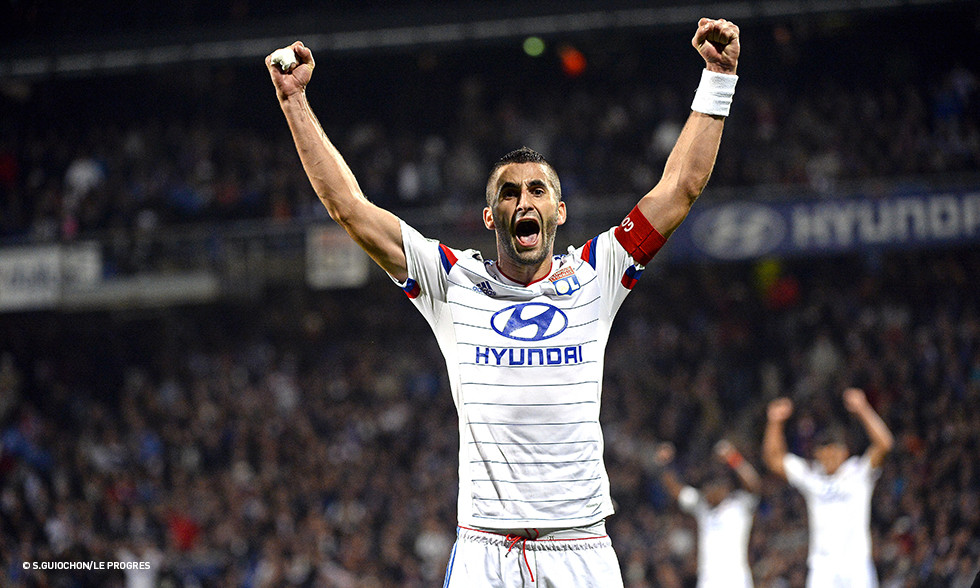 The OL captain Maxime Gonalons was voted player of the month of November by the club's supporters on olweb.fr. He finished ahead of Fekir and Lacazette…

He didn't play against Nice due to suspension, but otherwise, like for the last three seasons, he could be counted on. The captain deserved this distinction. Excellent against EAG where he provided an assist, he was his industrious best against Bastia and in the Derby. He took a load of the defence, he was tenacious and aggressive in the middle of the park and he led by example. He was rewarded at international level by a call up to the France squad and added another cap to his collection. Maxime Gonalons is indispensable. He picked up 28% of the votes.

Just behind him came Nabil Fekir with 27% of the votes. Nabil scored a brace against EAG was Lyon's best player in the Cauldron; he was suspended against Bastia. The OL left footer switched between attacking and playmaking roles. He confirmed in November that he is a player capable of making the difference thanks to his extraordinary technique, his daring, and his excellent shot.

On the final step of the podium with 23% of the votes came Alex Lacazette. 2 goals against Nice, 1 versus EAG… Alex is the player that often breaks the deadlock. A key player, even when he doesn't score. How can we hold his penalty miss in the derby against him? He earned two more caps for France, including the first in the starting line-up. 356 minutes played out of 360 possibles!