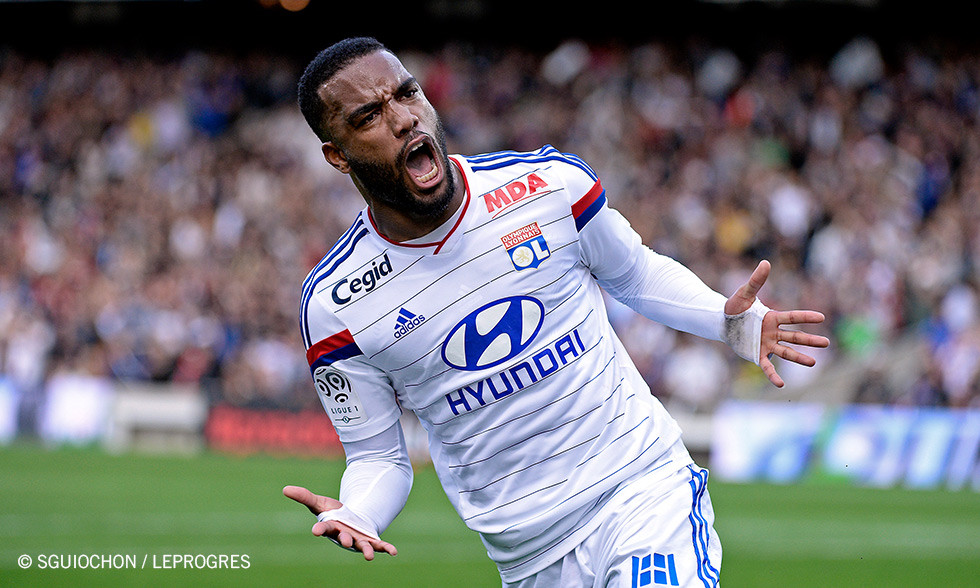 An Alexandre Lacazette hat-trick capped off a dominant Lyon performance against Lille with a 3-0 win… OL continue their climb back up the table and head off to the international break all smiles...

Yoann Gourcuff is back in the starting line-up! Sitting just behind two attackers, he is charged with the playmaking responsibilities. Bisevac also returned in defence, his first match of the 2014-15 season. For Lille? The treatment room is full! Kjaer, Mavuba, Martin, Mendes, Lopes, Souaré, Delaplace… all absent. René Girard doesn't have too much choice left for his starting XI, that was already in action on Thursday night in the Europa League. Traoré starts. Béria plays in central defence; Rozehnal, in midfield. 4-4-2 for LOSC... like for OL.

Both sides went on the attack early. OL had two corners in quick succession, including one after Rozehnal denied Gourcuff.  Lacazette found Enyeama in his path from a Ferri cross (20') and then his shot blocked after a Gourcuff free-kick.  OL were looking dangerous, but hadn't scored yet. Bedimo was denied by the incredible Enyeama (33')! OL were ahead on points... only... Fekir was a constant threat, as was Lacazette, as the free-kicks racked up against Les Dogues. But finally the pressure told. Lacazette pounced on a turnover to open the scoring, racing onto a through ball from Fekir. 1-0 just before the break. Deserved. René Girard exploded with rage, and was sent off by the referee, Mr. Turpin. Fekir caused more headaches to the defence and was brought down. Gourcuff 's free-kick found the head of an offside Lacazette. In 5 minutes, OL had made the difference.

Rodelin and Origi came in at the break for Roux and Traoré.  Gourcuff was running the show. Les Lillois were really struggling!   They tried to hit on the counter but without luck.  Njie replaced Fekir with 20 minutes left. The lightning quick Njie  then laid on a champagne assist for Lacazette to make it 3-0. Simply brilliant. OL played out a confident and deserved victory, courtesy of an excellent Gourcuff and a clinical Lacazette…  left out of the France squad by Didier Deschamps…

OL have taken 11 points from a possible 15 in their last five games, scoring 11 goals in the process. With a handful of injured players still to return, OL have played some good football against difficult opponents (PSG, LOSC and ASM). OL are back and haven't stopped yet.