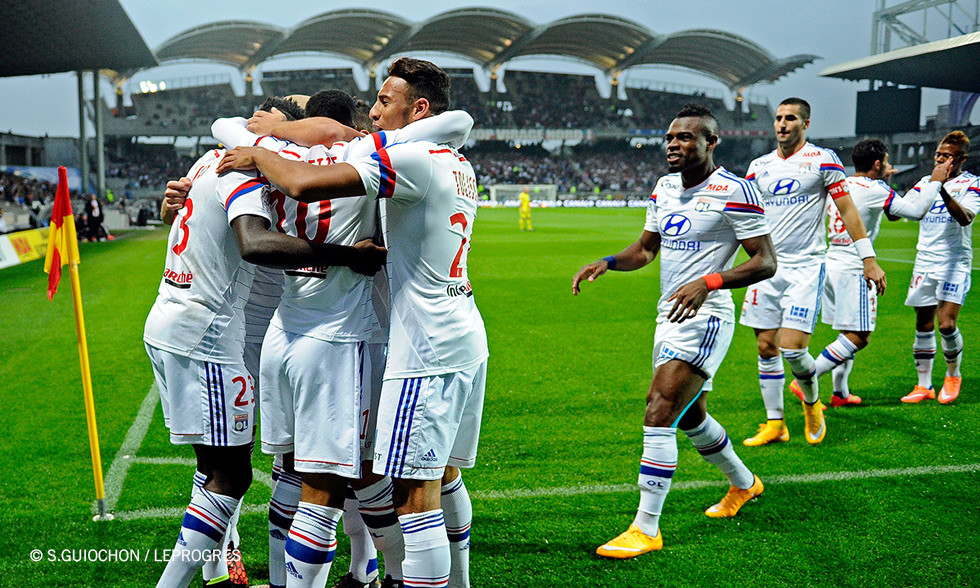 Olympique Lyonnais made short work of Lorient, running out comprehensive 4-0 winners. Hubert Fournier's men confirmed their excellent form in September with a solid defensive performance and a spectacular attacking display. A great night...

Aboubakar, Alliadière, Ecuele Manga, emblematic coach Gourcuff… FC Lorient saw plenty of departures over the summer. But that doesn't mean Les Merlus have lost their traditional playing style under new coach Sylvain Ripoll, even if their results have been a mixed bag so far this season with two wins, a draw and three losses.

After coming off the bench against PSG, Bedimo started at left-back. Tolisso moved back into the diamond-shaped midfield alongside Gonalons, Ferri and Fekir, who was playing as the No.10 just behind the attacking pair comprising Lacazette and N’Jie. Lorient also featured changes from the weekend with Jouffre, Koné, Quercia and Abdullah, all missing. Jeannot got the nod ahead of Ayew.

N’Jie opened hostilities with a first brilliant solo raid. But Lecomte was equal to the challenge and turned the ball behind. The Cameroon international was back in the heart of the action moments later, picking out Lacazette who gave the 'keeper no chance. Lorient fought back through Mesloub whose shot just missed. Despite the let off for OL remained largely in control... highlighted by an excellent N'Jie in the opening exchanges. The youngster met a Jallet corss... just over. Lopes then denied Guerreiro. N’Jie, played through by Lacazette, missed his lob. The home side lacked a little precision to get that crucial second goal. There was always a chance of an equaliser and OL had another scare with a goal-mouth scramble in front of Lopes' goal. OL started finding more and more space... Fekir took full advantage five minutes before half time. Jallet played the final pass and Fekir beat Lecomte with a powerful right-foot finish. Les Lyonnais, full of confidence, played out the first half with some nice passages of play and fully deserved their two-goal lead at the break.

N’Jie started where he left off. This time he made it count, dribbling the 'keeper and firing home. Les Lyonnais were running away with things. And it still wasn't finished. Tolisso picked out Fekir with a brilliant pass. In full flight, the playmaker controlled and finished with the left. Improvisation and precision! Spectacular! Some trademark Gourcuff skills, helped on by Lacazette for Ferri who almost made it five on the volley. Lorient were overrun, and managed just one chance through Mostefa, who was denied by Lopes. Les Lyonnais took their foot off the gas in the final ten minutes, but remained in total control. Tolisso could even have got his name on the scoresheet from close range.

Just a few days after big performances against Monaco and Paris, Les Lyonnais produced another excellent performance against Lorient, creating plenty of scoring chances and looking more and more a well-oiled machine.