OL get back to winning ways 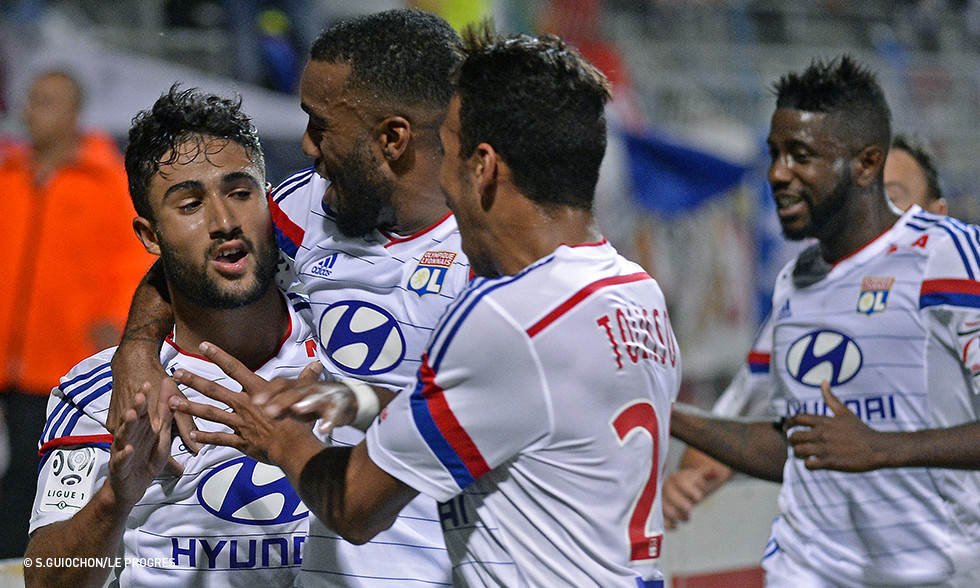 Olympique Lyonnais returned to the winners circle and produced a consistent 90 minutes, despite a few mistakes and chances for Monaco to equalise... thanks once again to Anthony Lopes…

OL coach Hubert Fournier was still without a host of injured players (Grenier, Bedimo, Bisevac, Fofana, Dabo, Benzia), but he could welcome back Umtiti, Fékir and Gourcuff. The latter started on the bench, alongside Bakary Koné and Clinton N’Jie who both played on international duty on Tuesday. OL played with a diamond-shaped four-man midfield while Fekir sat just behind Lacazette in attack. Gonalons returned to midfield. For Monaco, Jardim stuck with his 4-3-3. Martial and Germain started on the bench.

OL were well organised and focused in the early exchanges against a side that looked to hit on the counterattack. But Christophe Jallet had to produce a great clearance while Berbatov headed just wide. It was a let off for OL... but they bounced back immediately. It was an entertaining match, illustrated by Lopes' fine save to deny a Carrasco header. Lacazette then started a move before a one-two between Fekir and Malbranque released Fékir to open the scoring. 8 minutes later, Monaco equalised after a mistake by Samuel Umtiti and a fine pass from Kondogbia for Ocampos. ASM had the better of the final minutes of the opening period and it took another fine reflex save from Lopes to deny Berbatov just before the break. The match raced from end to end on the first half and was easy on the eye, despite some lapses in central defence.

Ferri went close to taking full advantage of another mistake in the Monaco rear-guard... but the ball hit the side netting. Lopes then produced another fine save to keep out a Berbatov header. Lacazette volleyed straight at Subasic. The match was in the balance. The two sides mixed the good and the not so good. Lopes was again called upon to save from Carrasco. Fékir was lively. N’Jie replaced Mvuemba and immediately looked dangerous. OL and ASM both searched for the winner. But it arrived for OL as Tolisso fired home after good work from Samuel Umtiti. ASM switched to 4-2-3-1 to try and equalise. N’Jie went within a whisker of goal number three. Gourcuff made his return off the bench. OL were holding on. Lopes produced another stunning save, this time to tip Germain's header on to the crossbar. ASM pushed hard, but in vain as OL returned to winning ways.

The win is good for the morale, but also for the standings. All was not perfect against a dangerous, talented team. The three points allow the team to head to the capital next week in fine spirits with, potentially, the return of more players from the treatment room...