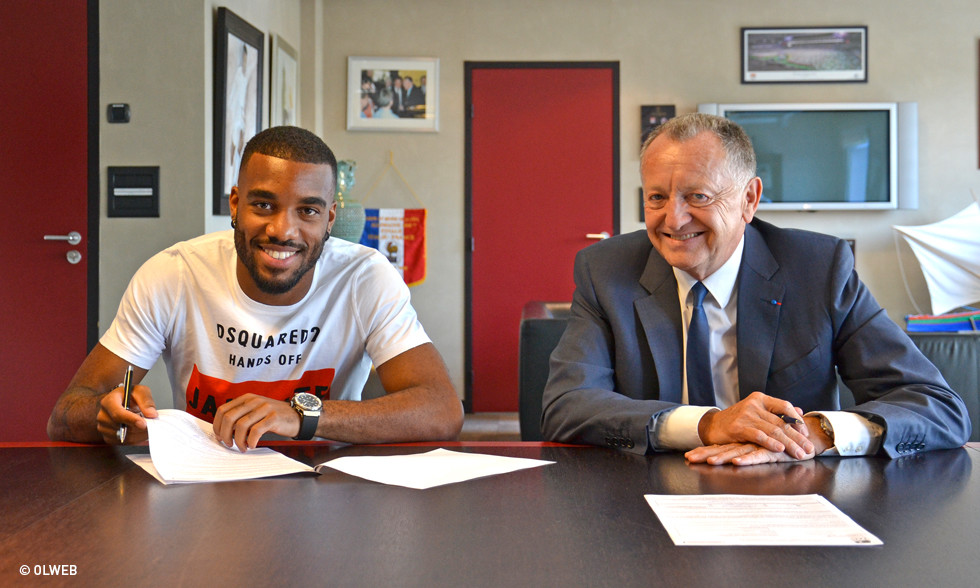 Olympique Lyonnais is delighted to announce the two-year contract extension of France international striker Alexandre Lacazette, now tied to the club until June 2018.

At just 23 years of age, Alexandre Lacazette arrived at OL in 2001, making his way through the youth ranks and signing his first professional contract in 2010, at the age of 19.

The France international (3 caps), whose family hails from Guadeloupe, has since played 154 matches with OL in all competitions, scoring 42 goals and winning two trophies in 2012 (the Coupe de France vs Quevilly and the Trophée des Champions vs Montpellier in New York.

Olympique Lyonnais are very happy that Alexandre Lacazette has signed a new contract with the club, confirming the club's sporting policy and, once again, underlying the great quality of the OL youth academy.

It's a very positive moment for the club. This new signature reinforces what the club wants to achieve with our academy policy. Alexandre Lacazette is a great hope for the France national team. He conducted these negotiations with great maturity and intelligence.

It's a great moment for me. It's a sign of the confidence the club has placed in me. Now we can stop talking about all of this. I have extended my contract with the club for two years until 2018.