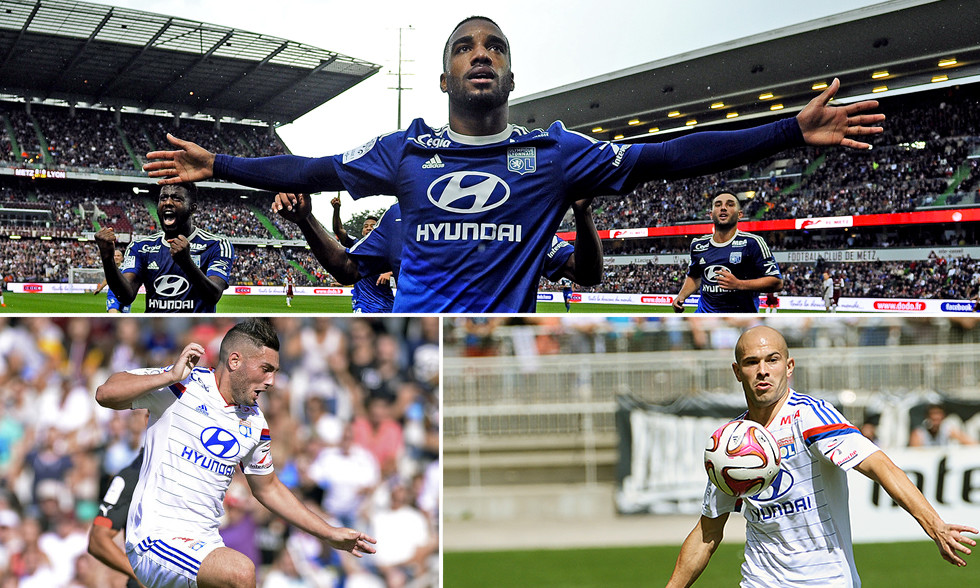 It was a very close call for the first Player of the Month award of the new season... Alex Lacazette claimed it by a nose...

It was a three-way battle between the goal scorer, the assists provider and the new player. In the end, Alex Lacazette was voted OL Plyer of the Month for August with 24% of the votes, ahead of Jordan Ferri, with 22%, and Christophe Jallet, with21 %. Anthony Lopes, 19%, and Steed Malbranque, 15%, rounded out the top 5.

Alex Lacazette played 702 of 720 possible minutes. He scored 4 of OL's 12 goals from 27 shots. Three goals in Ligue 1, including one penalty, and one goal in the Europa League. Since last season, Alex has stepped up in class. He almost made the France squad for the World Cup. He has been called up by Didier Deschamps for the first matches of the 2014-15 season with Les Bleus. And he has just extended his contract for another two seasons. He's a player than can make the difference at any moment.

Jordan Ferri played 576 minutes out of a possible 720, missing one match (v Lens) through suspension. Jo provided 3 assists; all 3 in Ligue 1 where he currently sits atop the assists charts. He also scored away in Giurgiu against FC Astra and hit the post with a trademark missile from that right boot. After being one of the revelations of last season, he has picked up where he left off. One yellow card.

Christophe Jallet has played every one of the 720 minutes this season. He has settled almost instantly. He defends and always looks to get forward down the right flank to support the attack. He has also provided one assist, for Steed Malbranque against FC Astra. 4 shots at goal. No bookings.