OL cracked at the death 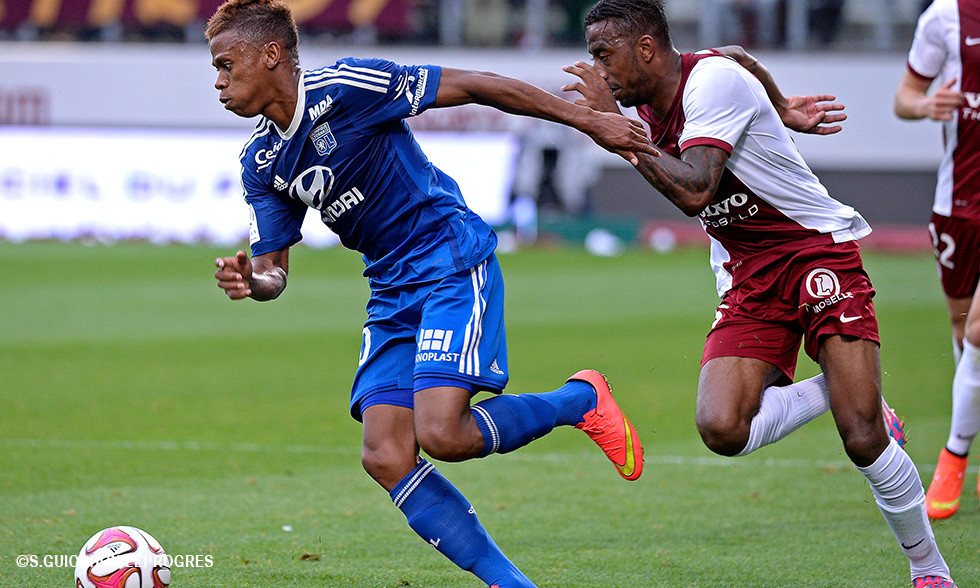 OL were just minutes from victory... but in the end they were overrun by a fast-finishing Metz... a third league defeat in a row...

OL were not only coming off the back of elimination from the Europa League but also consecutive league defeats, including last weekend's loss at the Stade de Gerland against Racing Club de Lens. FC Metz drew their first two matches back in the top flight before last weekend's loss to Montpellier. It was an important match for both teams in need of points and confidence. This game was OL's fifth in 18 days.

Captain Marchal was on the bench for Metz. The Argentinian Milan played alongside Choplin at the back. There were starting berths for the two new recruits, Krivets and Maïga. For Lyon, Gonalons was still in central defence; Zeffane was at left-back; Mvuemba returned to a starting role in midfield. OL started with a 4-3-3 formation, while Metz opted for a 4-1-4-1.

Olympique Lyonnais had all the ball but couldn't turn it into an advantage on the scoreboard as N’Jie was denied by Carrasso (18').  Metz struggled to string passes together and quickly turned over possession, even if Krivets showed his solid technique. OL looked to use the full width of the pitch to try and break down their hosts. Metz settled for mere crumbs... N’Jie, Mvuemba, Ghezzal… all failed to find a way through... A little goal was the least that OL deserved, but Lacazette's shot was deflected onto the crossbar! Sterile domination... A shame.

Metzwent within a whisker of opening the scoring... the home side looked immediately better... Les Lyonnais were less precise... less physically present... Were they tired? OL slowly get control back again. Lacazette should have had a penalty; Metz too... before Lacazette opened the scoring on the counterattack, courtesy of Ferri's assist. OL looked dangerous on the counterattack.  But Metz earned a penalty for a foul by Ferri. The equaliser.  Just a few minutes later, Falcon netted the second. The home side's substitute bench provided the difference. OL cracked under the pressure in the final minutes.

3 losses in a row… 3 points from 4 matches… eliminated from the Ligue Europa…OL is suffering…  The international break will do the team some good... as will the return of some injured players...