Better, but not enough! 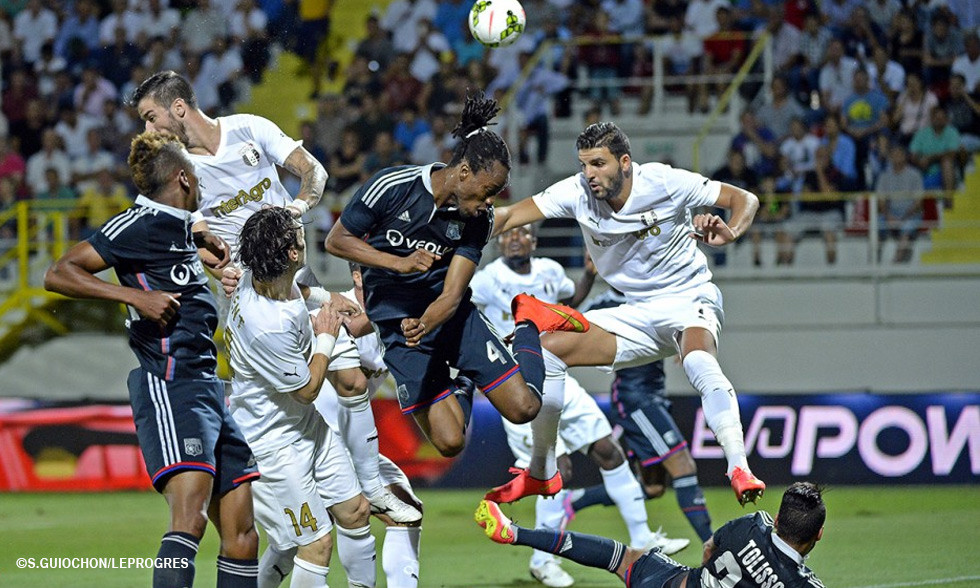 OL were easily good enough to qualify… OL won, but it wasn't enough… A massive disappointment…

Having lost the first leg 1-2 at the Stade de Gerland, OL had just a 7% chance qualifying... if the history books were anything to go by. OL knew they had to produce something special: score at least two goals, more if they conceded... But also show some pride, some fight and stand up in the challenges… OL were looking to qualify for an 18th consecutive European campaign in their 222nd continental match. FC Astra were looking to qualify for just the second group stage in the club's history. OL were also coming off three losses in a row...

Hubert Fournier was without Yattara, Benzia and Rose compared to the first leg. He started with a 4-3-3 formation with Zeffane, Ghezzal, N’Jie in the starting line-up… OL didn't have too many options in attack. FC Astra? Fatai was not in the squad. Bukari came in; Amorim started. They went with a 4-2-3-1 formation, like they had in the first leg.

As expected, OL controlled the ball from the outset; FC Astra, stayed organised at the back and sat deep... looking to hit on the counterattack. At the end of a nice team move, Ferri opened the scoring after a goal-mouth scramble. Deserved. Gonalons, at the back and Ghezzal on the wing drove the OL play. Koné went close to doubling the lead with a header (27') from Ghezzal's free-kick. OL were playing with real intelligence. FC Astra provided little of an attacking threat and looked in real danger... N’Jie ran at the defence time and time again… At half-time,  Les Lyonnais were halfway there against a side showing its limitations (0 shots at goal!).

OL started the second half the same way they had ended the first, forcing their opponents onto the back foot. But this time the home side responded with two chances in 30 seconds. It looked, at last, like they were going to play! OL starting losing its one-on-ones... The home side went close again... OL dropped the intensity. Danic replaced Ghezzal. The match dropped in quality... Lopes produced yet another miracle stop from a near-range header (69'). OL were struggling… Zeffane was replaced by Bahlouli… Danic was up and down the left flank. Could OL get that second goal? The Romanian team saw their offside trap sprung several times and N’Jie missed a great chance (78') and 3 minutes later Ferri hit the post! OL wasted several good opportunities, but had control of the match back. The home side played for time... Danic had a chance to qualify OL... but it wasn't to be as OL was eliminated!

OL was unable to impose its superiority. They are out at the play-off stage! Now is the time to be disappointed, but also ready to fight back, starting this weekend against Metz. OL paid for their youthfulness, their absentees, and those mistakes in the first leg loss at the Stade de Gerland.