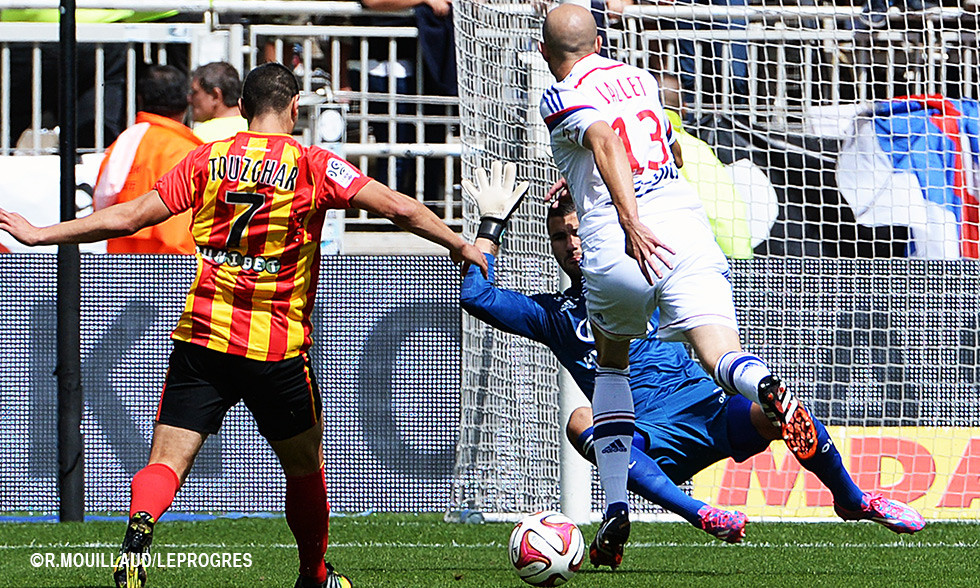 OL were coming off consecutive defeats to Toulouse, in Ligue 1, and at home to FC Astra, in the Europa League play-off; two defeats with the same positive and negative aspects.  OL have lacked consistency over the 90 minutes, making mistakes that have been sanctioned on the scoreboard. OL will play their fourth match in 11 days on Thursday at 20:30 with the return leg of their Europa League tie... in Giurgu!

Les Sang et Or lost their first two matches back in the French top flight. They are looking to find their scoring touch and have a change of fortune if they want to keep their heads above water.

Impossible not to mention the ever-growig list of absentees at OL: Ferri, suspended; Grenier, Gourcuff, Bisevac, Umtiti, Bedimo, Fékir Fofana all on the treatment table or making their way back from it! Little or no choices left for Hubert Fournier… He did supply a few fresh legs with the returns of Dabo and Mvuemba to the starting XI, while Tolisso moved back into midfield.

OL quickly took control of the game. Yattara had the first chance of the match, saved by a strong hand from Riou. Before then, Dabo had already had half a sighting of goal. But… on a counterattack, led by Coulibaly, Les Sang et Or scored as Touzghar crossed for Nomenjanahary who passed the ball into the back of the net after a series of defensive mistakes! OL had control of the ball but were unable to breakdown their guests, led by the solid Coulibaly and the technique and mobility of Touzghar. The obvious lack of freshness was a handicap for Gonalons and Co.. The side lacked rhythm, movement and creativity... It was pedestrian and it was 1-0 for the Racing Club de Lens at half-time.

A penalty for Lens? Rose was replaced by N’Jie with Gonalons moving into central defence, early in the second half… Lopes made another brilliant save (56') to deny Touzghar. OL were in danger of conceding another… Lopes kept his team in the game before a Cyprien free-kick crashed against his crossbar. Touzghar, again, wasted another great chance on the counter... And Coulibaly was a constant threat. Benzia replaced Yattara (injured?). Lacazette went within a whisker of an equaliser after good work from N’Jie and Malbranque (66'). And finally Touzghar wasted another gilt-edged chance to finish the game off.

N’Jie showed his speed. OL were getting stronger and stronger, but there was always the visitors' threat on the counterattack. OL totally dominated the final 15 minutes. But they needed the finishing touch. Malbranque almost provided it but he hit the post (80')!  N’Jie was denied by Riou. Corner after corner... Nothing... OL went down and they could scarcely feel hard done by…

It was a tough day at the office for a Lyon side missing several important elements and suffering general fatigue... the opposition was well-organised and disciplined, excellent on the counterattack, without taking all the chances that came their way... It was almost Mission Impossible… It all seemed too hard for OL against the promoted side today. Obviously it was a worrying defeat ahead of the return match in Giurgiu… and there again, there will be a number of players missing...