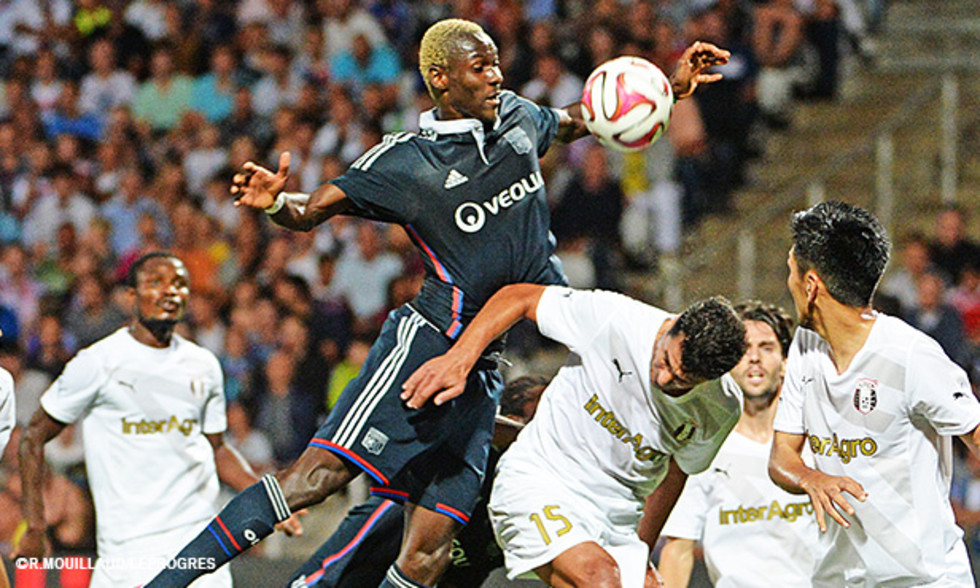 OL went down 2-1 at home to Astra in the first leg of their Europa League play-off tie. After an excellent first half, Les Lyonnais completely lost their way in the second and were overrun by their Romanian opponents. OL will now need to qualify in Giurgiu in a week's time!

Coach Hubert Fournier gave youngster Bahlouli, 19, the playmaking responsibilities. With Gourcuff and Fekir missing and Grenier on the bench, Fournier returned to the diamond-shaped midfield formation with Gonalons, Malbranque, Ferri and Bahlouli. Tolisso got the nod ahead of Dabo at left-back. 4-4-2 for OL, 4-4-2 for FC Astra, too, with two very quick and in form forwards in Seto and Fatai.

Lyon started the match in style, taking the game to their opposition. Dangerous crosses from Yattara and Jallet, and a shot over the crossbar from Malbranque set the tone early. Lacazette then went close with a curling effort that the Astra 'keeper clawed away from his top corner. The crosses were flying in, but they didn't find any takers from the home side... not until the 25th minute and a stunning team move. Jallet launched Yattara down the right and the striker back-heeled the ball first-time inside to the marauding full-back. Jallet then cut the ball back to Malbranque who coolly slotted the ball home with the left-foot from the edge of the area. A fantastic goal. FC Astra were struggling as OL dominated possession and the chances rained down on their goal. And yet it was the Romanians and their attacker Fatai that missed a great chance to equalise. Lacazette then saw his effort deflect off a defender and flash just to wrong side of the post. The first half ended with the ball flying from one end to the other. Fatai forced Lopes into a save. Despite dominating large periods of the first half, OL had just one goal to show for it and almost got caught out by the Romanian side on the counter...

Les Lyonnais were caught cold at the start of the second period and were nearly caught out by Budescu's shot across the face. Enache then send a cross fizzing across the face of goal before the Lyon 'keeper Lopes denied Morais, one-on-one. Lopes then produced another great save, diving at the feet of Fatai, before watching as Laban's shot flashed just wide. Astra were a different team. OL hoped to weather the storm... but no... Fatai met an Enache cross and beat Lopes from close range. It then took a miraculous late, late tackle from Koné to prevent Fatai firing the visitors in front. Les Lyonnais were no longer in control of proceedings. Rose was sent off for a second yellow card offence and then Grenier committed a foul in the area. Budescu scored from the penalty spot. With five minutes left, OL looked to salvage a share of the spoils. Grenier's free-kick was just wide. Koné then hit the crossbar with a header... Lyon pushed hard for the equaliser... but in vain.

Like against Toulouse, Les Lyonnais showed two contrasting faces, but this time it was in the second half that the wheels fell off. Comfortably on top in the first half, everything was more difficult in the second... OL were overrun. FC Astra were transformed. The sending off of Rose... a penalty conceded and another groin strain for Grenier. It was an evening to forget for OL, who must now turn their attentions to the weekend's Ligue 1 match against Lens, and then to Giurgiu, Romania, for the Europa League tie second leg...