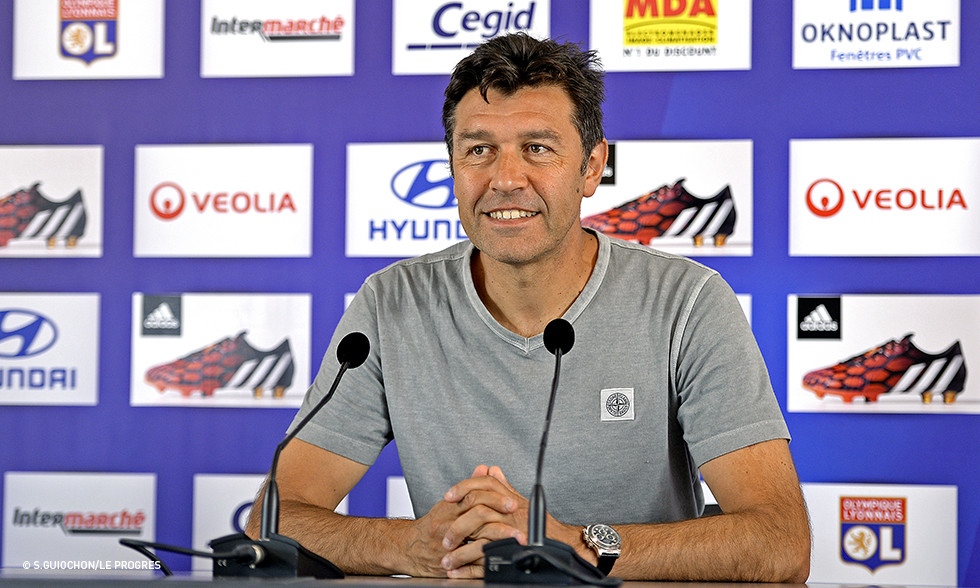 48 hours before the visit of Stade Rennais for the opening match of the season, Olympique Lyonnais coach Hubert Fournier talked about the match and the Europa League draw in the pre-match press conference...

"We never know if it's a good draw before we've played. I would have preferred the return leg at the Stade de Gerland. We can imagine that they are another step up from Mlada. They eliminated Slovan Liberec. We all know how good Romanian football is. We will have to do the job in the first leg. That will help the return. The match at the Stade de Gerland will go a long way to settling the tie. We will have a good look at this team, like Gérald did with Mlada. We can count on Gérald's talents as an observer."

"Henri Bedimo is out for a minimum three weeks. For Lindsay Rose, we will give him until Saturday to see if he can play. Milan Bisevac is out; he will be available for the Toulouse game. Maxime Gonalons can step into central defence; we spoke about it on Thursday, but I prefer he played in midfield. The injuries? There's no miracle solution to always avoid injury. It's a difficult moment. I don't know when Clément Grenier will be back; he's improving; he's on the right track… I can't give you a date. He is not looking at surgery. Dabo will be back next week. He is out for this game though. Gourcuff is continuing his preseason."

"I would like the team to be more consistent. That wasn't the case in the preseason games or against Mlada Boleslav. That is my ambition, but also my mission."

"We are expecting a tough game. It will be a big test against a side that have recruited a lot of new players. We are handicapped by our limited recovery time, but having already played two official matches is a psychological advantage. It's good to have played against an aggressive side in the Europa League... We have to make a good start and hope that Philippe (Montanier) doesn't ruin my first game in charge here, like he did my last game with Reims against Rennes last season. He deserves a lot of respect for his career. He had a tough first season at Rennes, but I'm sure that will change."