A final rehearsal, but no victory 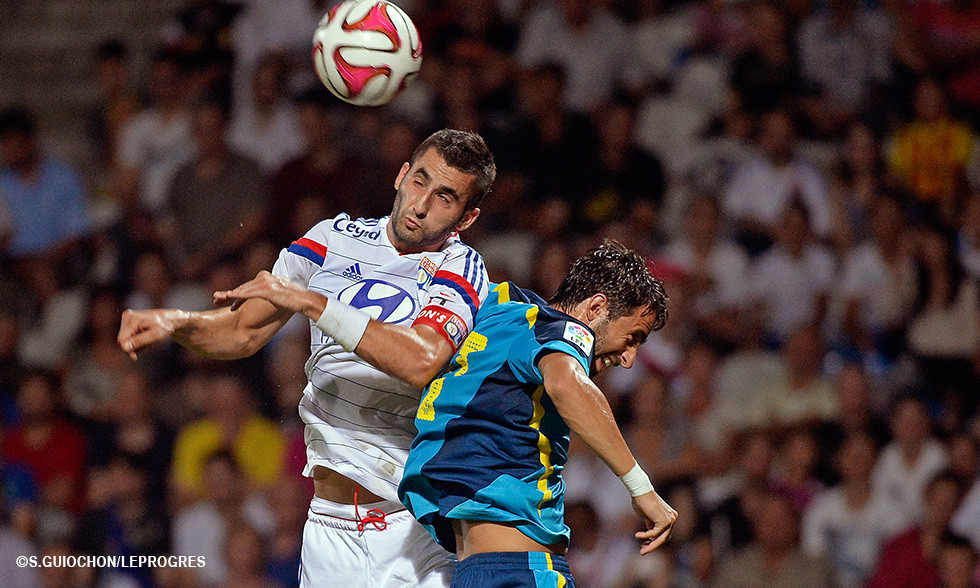 OL were unable to reproduce the same stylish performance as against Shakhtar Donetsk and were held to a scoreless draw against Sevilla. While they lacked a cutting edge in attack, Les Lyonnais still managed to stay solid at the back and kept a clean sheet against an excellent opponent.

What better way to prepare for a first European outing of the season, that a hit out against the reigning Europa League winners? OL took on FC Sevilla just a few days before their third preliminary against either FK Mladá Boleslav (Czech Rep.) or NK Široki Brijeg (Bosnia). Hubert Fournier went with the same starting XI that defeated Shakhtar, with the exception of Umtiti who replaced Dabo on the left side of the defence.

Les Lyonnais made a bright start, pressing high up the pitch and using the ball well. Sevilla were struggling to play the ball out of defence in the opening 20 minutes. And OL weren't conceding any chances either. The opening 20 minutes offered little in terms of spectacle... Mvuemba launched the match with a shot from 20 metres. Fekir also brought the crowd to their feet with his trademark slalom runs... but without the success and the rhythm slowed.

The first shot on target of the match was Spanish, but was too soft to cause Lopes any real concern. The same from Coke. Sevilla started carving out a few chances, unlike Lyon, who were largely in control of the game, but struggling for accuracy in the final ball. The first half played out in the same manner, with a Lyon side that lacked a little freshness.

After the break, Les Olympiens tried to take the game once again to their rivals. But this time it was the Spanish side that played a high pressing game. Fekir shot over from distance. Yattara too. Lacazette went better, firing a fierce shot on the turn that stung the palms of the Seville 'keeper. On the hour mark, Fournier decided to throw on some fresh legs... Rose made his debut for his new team, while Gourcuff and Bedimo made their returns.

Yattara curled in a brilliant left-foot shot that flirted with the top corner and deserved better than flashing the wrong side of the post. Benzia then missed the unmissable. The ball dropped invitingly at his feet after a mistake from the Sevilla 'keeper. But clearly surprised, he was unable to keep his snap shot down. Five minutes before the end, Sevilla created to great chances, but without danger for Lopes. Gourcuff showed he's lost none of his stylish touches on the ball. The four minutes of stoppage time, failed to bring a goal.