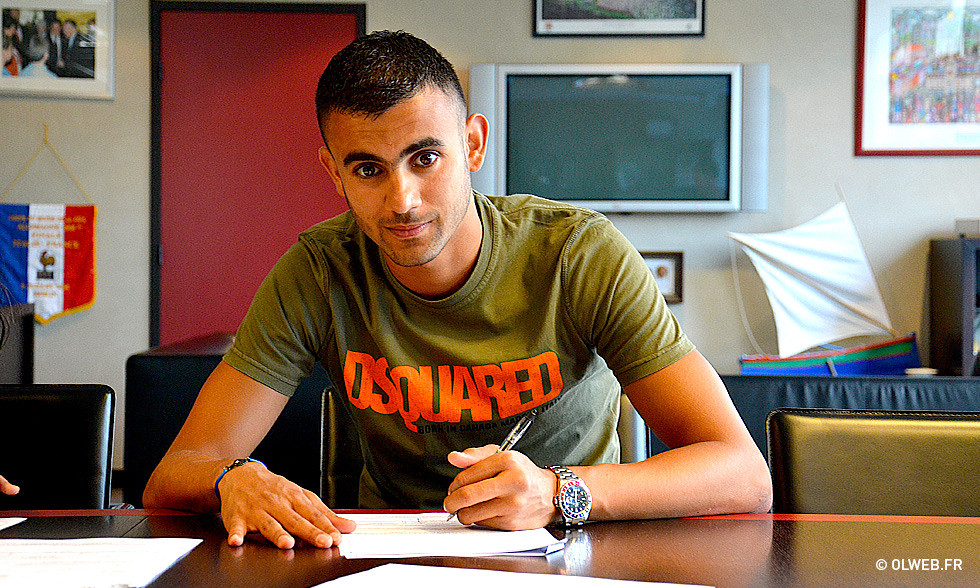 After Mathieu Gorgelin, Corentin Tolisso and Nabil Fekir, it was Rachid Ghezzal's turn to sign a new long-term contract with Olympique Lyonnais.

The U20 international began his professional career with OL in the 2012/13 campaign (20 matches including 4 in the Europa League) and his current trainee contract expired in 2015. He has signed his first professional contract with OL, which runs until 2017.

Olympique Lyonnais again illustrates its commitment to bringing young players through from its youth academy and leading them towards the new stadium, the Grand Stade, in Décines, where Rachid Ghezzal was born.

Speaking to OLTV, Rachid said: "It's a real source of joy to have signed a professional contract with Olympique Lyonnais, which has been goal for a long time. It's very reassuring to see that the club has confidence in me, especially after a difficult season with injury. After a year on the sidelines, I can't wait to get back on the pitch and show what I can do. I have been through a lot and now I feel ready."