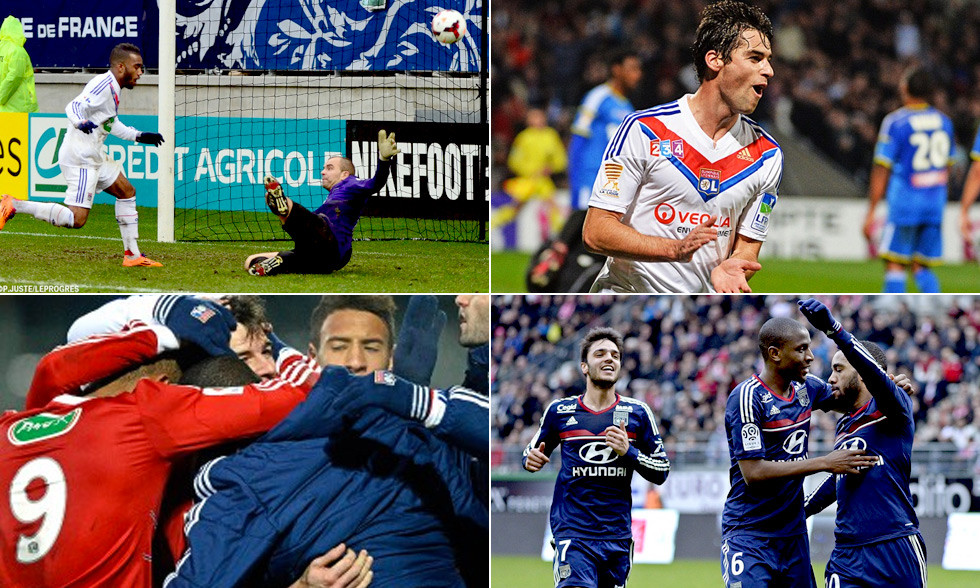 Les Lyonnais won every single match in January to perfectly launch the second half of the season and try to reel in their rivals further up the table. Mission Comeback was underway!

After two weeks off, OL travelled to Le Mans to take on amateur side La Suze in the round of 64 of the Coupe de France; a gentle encounter to get the legs moving again. They did just that, running out comfortable 6-1 winners and marching into the round of 32. The perfect way to warm-up for the serious stuff...

In this second half of the season, OL needed to make up for lost time. Their Mission Comeback began with the visit of Sochaux. Les Lyonnais waited until the second half to make the difference, scoring twice through Grenier and Gourcuff (2-0). Despite a few late scares, they largely controlled their match against OM, this time in the Coupe de la Ligue (2-1).

The return to form was confirmed in Champagne. Lacazette and Fofana, both on the scoresheet, led the side to a good win over Reims, a team in excellent form themselves (0-2).

Unfortunately, the victory was tinged by the dislocated shoulder suffered by Miguel Lopes. OL then turned their attentions to the Coupe de France and a tip to another amateur fourth division side in Yzeure. Despite the locals opening the scoring 15 minutes from the end, Les Lyonnais avoided falling into the trap, finishing with three late goals of their own.

They needed to continue this run on the domestic scene. In the league, they defeated Evian 3-0 at home. An excellent performance that was reflected in the standings. OL leapt three places and at the end of Week 22 were sitting fifth on the table. 6 matches and six wins, 18 goals scored and just three against. Les Lyonnais took maximum points from the first month of the year...

July I August I September I October I November I