Saves of the season 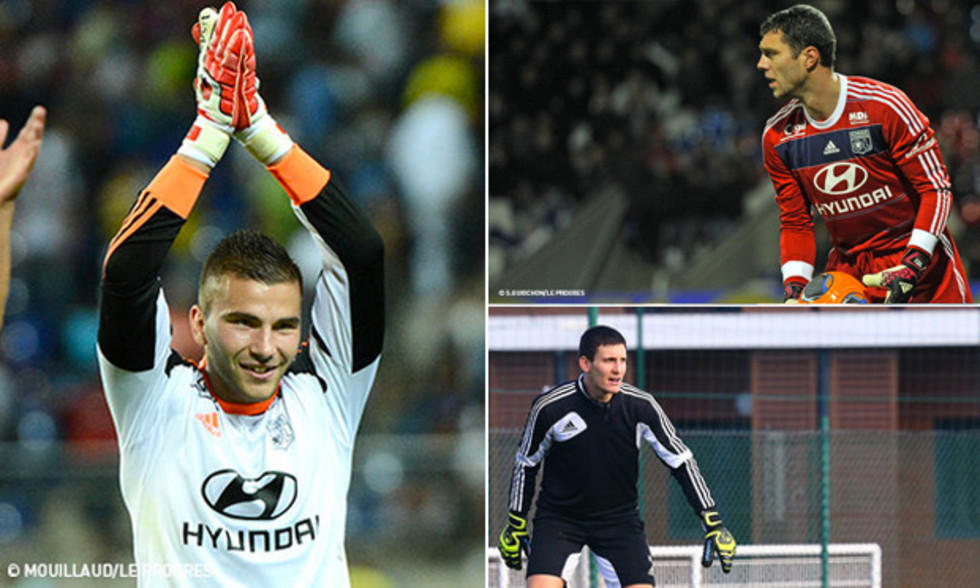 Three goalkeepers all defended the Lyon goal this season. Anthony Lopes, Rémy Vercoutre and Mathieu Gorgelin were the three charged with stopping the efforts of the opposition attackers.

Bounding. He kept his side's hopes of coming back from a goal down in the crucial Europa league clash against Guimarães. Just after the half-time break, he tipped over André Santos' effort that dipping just under the bar. Seven minutes later Lyon equalized... It was a precious point in the race to reach the round of 32.

A minute of grace. In the 58th minute of the match against Lille… Lopes produced a fabulous reflex save with his shin to deny Origi, before, 20 seconds later, getting down full-stretch in front of Roux to cut out the cross. The Lille attacker knew he'd been beaten and shook hands with the 'keeper, the hand that denied him a certain goal.

Unbeatable. This night, in Europe, he was unbeatable... and a good thing too for Les Lyonnais. Lopes made a series of incredible stops in the return leg against Plzen, to conserve the three-goal advantage from the first leg. A fantastic block, a miraculous double save, quickly off his line, imperial in the air... the OL goalkeeper was in unbelievable form.

Supersonic. It all happened so quickly, the Paris move, Cavani's header and the save by Lopes. If Antho hadn't produced that save in the opening minute, an incredible reflex stop to keep out Cavani's bullet header, from the edge of the six-yard box, OL may not have knocked off the champions. PSG coach Laurent Blanc couldn't believe his eyes…

Solid. At the Parc, he stood tall against the giant Swede Zlatan Ibrahimovic. Rémy Vercoutre didn't look for a place to hide as he threw himself in front of a rocket from Ibrahimovic, producing a strong hand to turn the ball around the post.

Reflex. Vercoutre produced a fantastic reflex save to leap and deny an Ukrainian striker and preserve an important draw in the Europa League round of 32 against Odessa.

Present. He only had a few saves to make in the three matches in which he stood in for the injured Lopes and Vercoutre. But Gorgelin answered the call. His first save was to clear the danger in front of Yatabaré, just metres from his line. The second, he boxed away to chances in quick succession in the derby against Saint-Etienne.