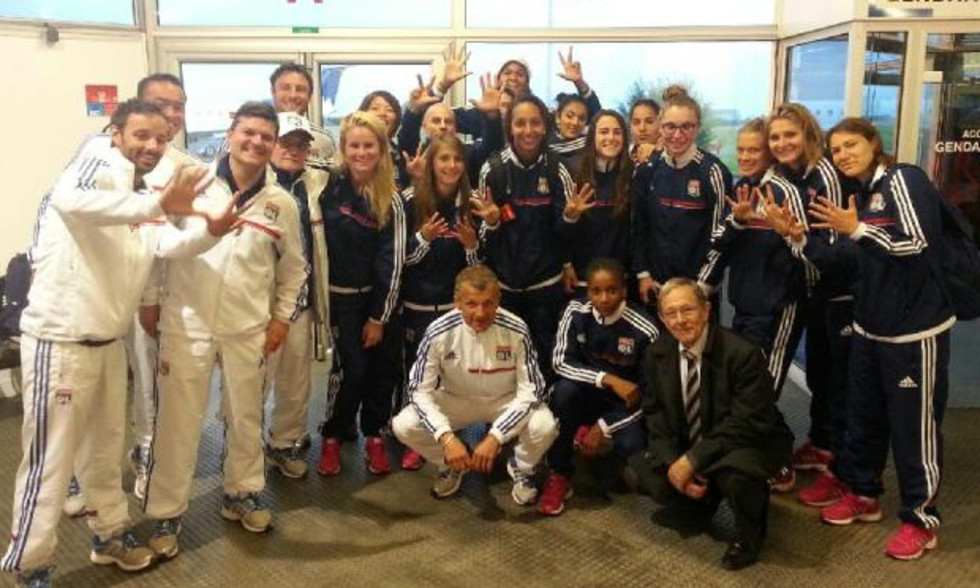 Les Lyonnaises have won their eighth consecutive Women's first division crown courtesy of their 5-1 win away to En Avant Guingamp on Saturday. Bravo!

It was merely a question of time. Les Lyonnaises won their eighth consecutive first division crown away to En Avant Guingamp on Saturday. They cannot be caught by their rivals now! Ahead of the match, they needed just one point, but they got it in style. Patrice Lair's side won 5-1 in Brittany. The OL Women have confirmed their status as the team to beat in France and remain the most successful side in in the history of the women's game in their homeland.

It never looked doubtful as soon as Les Lyonnaises stepped out onto the park against Guingamp. Camille Abily, Amandine Henry and Eugénie Le Sommer, who netted a brace, (plus an own goal) got the goals for Lyon. It all bodes well for the final of the Coupe de France against PSG in two weeks' time…

"It's magnificent, fantastic for the club. I dreamed of doing this and we've done it! It's great, especially to do it in my home region. It's very emotional. I'm very happy. It was destiny to do it here, where I was born. Now we have to do the double... We are really enjoying our football."

"We came here to win. An eighth title is incredible. We finished the game strongly and that's the main thing."

"I am very happy and very proud. We have won a very difficult championship. It's extraordinary because PSG are a very wealthy club. We are very proud and happy with this title. We had to stay strong. Now we have to prepare for the final. It's an amazing objective, an incredible success."

"We are delighted. We have been waiting a long time for this. It's great for the team and the club. We are still the best. It's great! Now we are going to try and win the Coupe de France."