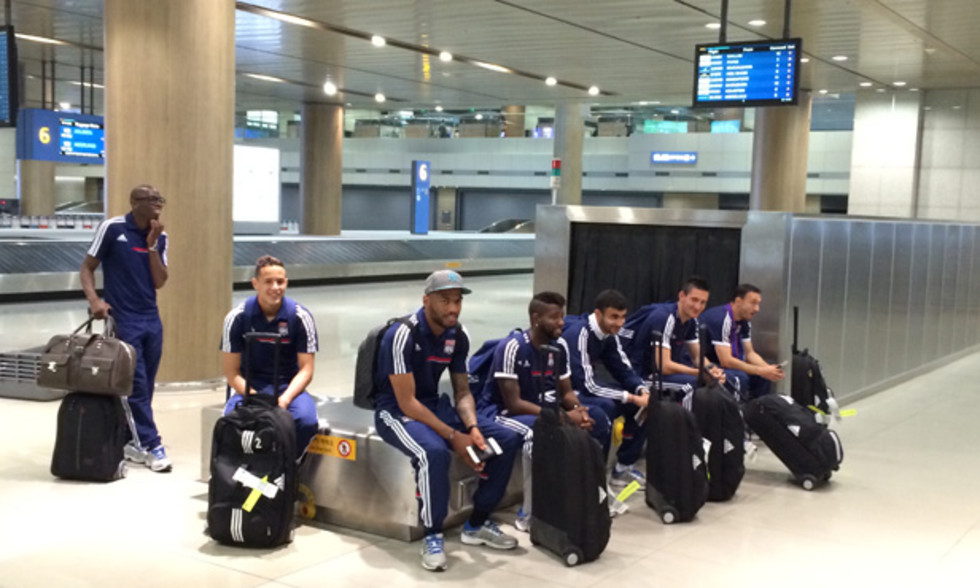 The Olympique Lyonnais players touched down in Seoul a few moments ago. The team now travel by coach to the city of Jeonju, where they will play a friendly match against Jeonbuk Hyundai Motors tomorrow.

Les Lyonnais are in Korea! After leaving their Tola Vologe training complex yesterday afternoon, they landed at the Incheon airport of Korea Republic capital Seoul after a ten and a half hour flight. But the voyage isn't over yet... there's another three hour coach ride for the young squad of 17 players to reach the club hotel in the city of Gunsan, south of Seoul. The aim is to get a little closer to the city of Jeonju, 650,000 inhabitants, and the stadium for tomorrow's friendly match against Jeonbuk Hyundai Motors to take place at midday in France (19:00 local time). No pre-match training has been planned.