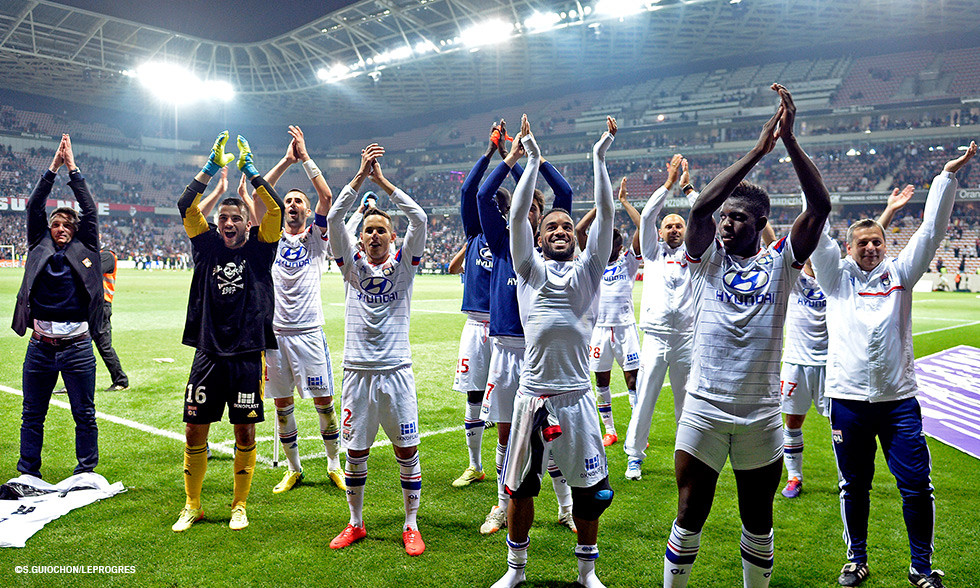 Olympique Lyonnais did the job against Nice and qualified for Europe for the 18th season in a row. They defeated Nice 1-0 and were rewarded for an incredible season of twists and turns to finish fifth and return to the Europa League next season! A great way to bid farewell to the coach!

Koné, triumphant in the air

The atmosphere inside the stadium was electric. On the pitch, it was Les Lyonnais who had the first chance in the fifth minute and it was all they needed! Général Bako climbed highest to meet Grenier free-kick and find the back of the net. Despite having nothing to play for, the locals threw everything into the battle. Gomis cleared a dangerous ball, Pied fired wide and Cvitanich, unmarked, failed to get the decisive touch on a header. The home side was getting closer and closer…but Koné was supreme in the air!

Gomis curled a left-footed effort towards goal, but Hassen saved. After a tough 20 minutes, Les Lyonnais looked to put their foot on the ball. But they struggled to carve out chances. It took a double save from Lopes to deny Nice from an Esseyric free-kick. Lyon held onto their one-goal lead until half-time, despite a few nervy moments. OL were provisionally European, no matter what Marseille's result against Lorient, where they were being held to a draw.

Gomis to make the game safe

Would OL look to defend their lead or look for a second goal? The answer arrived quickly... just a minute after the restart, Gomis had two chances to make it 2-0. But unfortunately, Hassen decided otherwise. A goal would have been welcome, because at the same time, OM took the lead to keep the pressure right on. Les Lyonnais controlled the match well but there were still 30 minutes to hold on.

Europe would not escape their grasp!

Grenier drew another save from Hassen with a trademark free-kick. But Les Niçois had no intentions of throwing in the towel in the last 15 minutes... OL escaped from two tight situations. Maupay missed the target with a header from close range and Bedimo deflected a Bruls effort wide. Lopes blocked a Cvitanich header!  Nice had a number of chances... Lyon had to hold on... OL were suffering, but they held on and the final whistle confirmed OL were back in the Europa League next season! Supporters, players and the coaching staff celebrated in style...