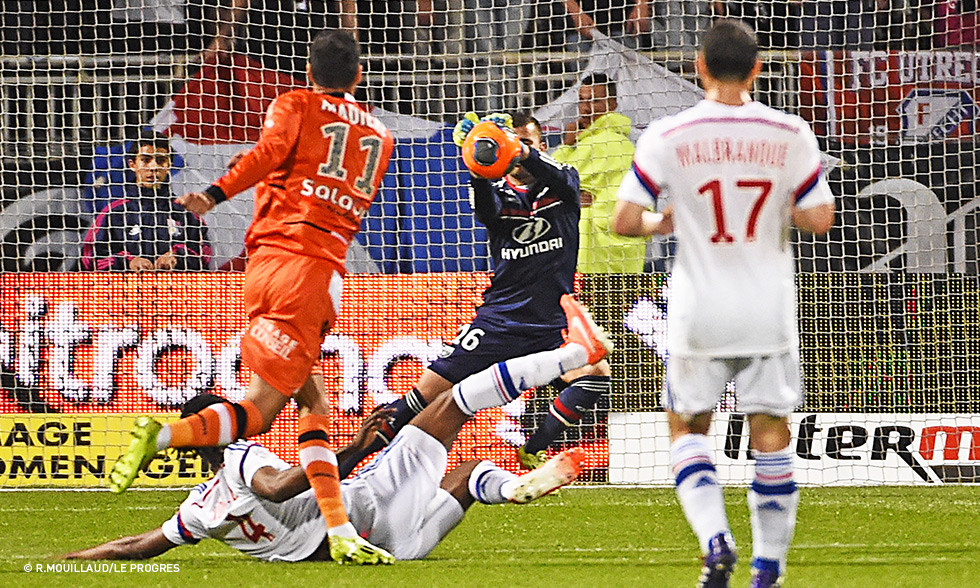 It was just about mission impossible to play 80 minutes with one less player… But despite a courageous performance, OL went down…

The final home match of the season at the Stade Gerland was a nostalgic affair with 'The Policeman' Cris present for the celebrity kick-off on the anniversary of OL's first Coupe de France victory on May 10 1964 when they beat Bordeaux 2-0. OL are looking to keep writing history and qualify for Europe for the 18th season in a row. After their heavy defeat last time out against Marseille, they were favourites against a Lorient side missing a host of players (Sunu, Aboubakar, Audard, Ecuele Manga, Barthelmé, Diallo, Jouffre, L. Koné).

Both sides have a reputation for playing good football and that's the way the game started. Unfortunately, the start was blighted by the incredibly harsh sending off of Dabo, after he pulled a player back as the last defender. OL would have to do it tough for the next 80-odd minutes!  Ferri moved to the full-back position. The Stade de Gerland  railed against the referee's decision… Lopes  produced two or three good saves to reassure his defence. After half an hour, OL still hadn't provided any danger to the Lorient goal.

Gomis was the first to bring the crowd to their feet with a powerful shot. Lorient found more and more space. But Gonalons and Co. gave nothing away. While the side showed a great work ethic, the talent of Lacazette up front forced Chaigneau into a fantastic save.  It was an entertaining match despite sitting scoreless at the break.

To try and turn things around, Rémi Garde sent on Clément Grenier at the start of the second half. OL had to run their socks off to try and make the difference... But it was Lorient that managed that when Pelé launched long for Doukouré.  Ouch…  Grenier hit his first free-kick in an age…  The visitors looked to hit on the counterattack. Would OL equalise or would FCL land the knockout punch?

Lacazette forced Chaigneau into action; Briand replaced Gomis. Lorient sat deeper and deeper. OL enjoyed all the ball. But they had to put it away.  Not an easy task after being made to work so hard. But this OL side never throws in the towel. Tensions were running high as the end neared. Gourcuff replaced Mvuemba as OL threw everything into the battle.

You could cut the atmosphere with a knofe and Lorient defended, OL attacked... Briand had the chance to head the equaliser from a great Gourcuff cross… Chaigneau saved.   A final free-kick? In stoppage time, OL were laying siege to the FCL goal. The cards came raining down in the final seconds... OL suffered a costly defeat in this final home match of the season at the Stade de Gerland…. But are still one point ahead of OM with one game left to play…