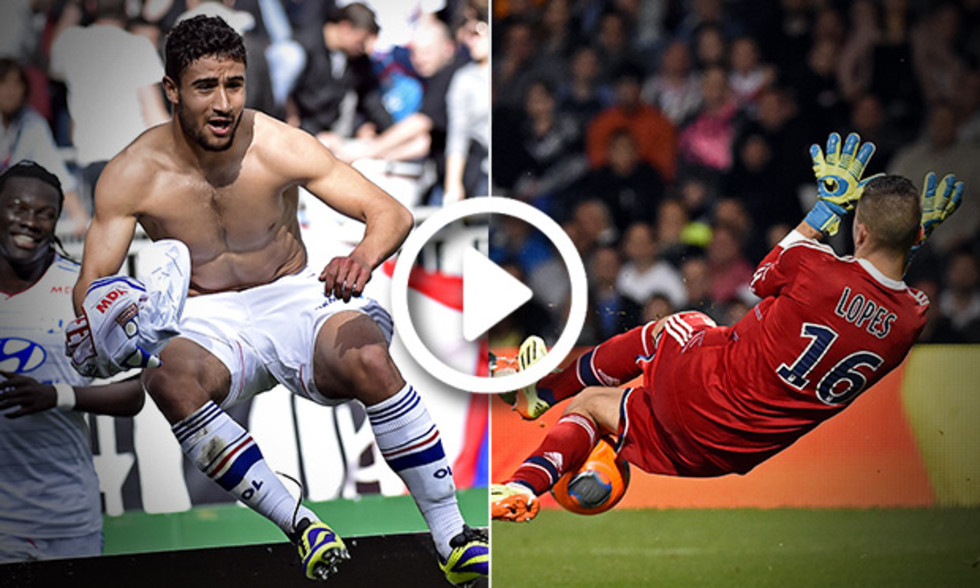 Olympique Lyonnais' month of April was rich in emotions, from the fight for Europe in Ligue 1, the final of the Coupe de la Ligue and the quarter-finals of the Europa League against Juventus… there were saves, goals, and plenty of pictures of joy and heartache…

7 matches in total, 4 in Ligue 1 (3 wins and 1 draw), a final of the Coupe de la Ligue lost 2-1 to PSG and the two-legged quarter-final tie in the Europa League against Juventus and two narrow defeats. In April, OL moved closer to their objective of qualifying for Europe next season with a five-point buffer over OM and the chance to reel in ASSE.

Hard to pick out just one. Bafétimbi Gomis' to open the scoring against Valenciennes (30') was special because it was his 100th in L1 and it set OL on the road to victory. But Jordan Ferri's two missiles also kept the points tally ticking over. Two fabulous long range strikes. One against Valenciennes (69') and the other against PSG (31'), 'Jo' netted two winners. The goal against Paris came after he intercepted a Lavezzi pass 35m out. In the North of France, the midfielder was set up by a Mvuemba pass 25m from goal. But we can't overlook Nabil Fékir first ever Ligue 1 goal against Sporting Bastia (23'); a clinical left-footed finish.

Once again, it's impossible to pick out just one. Obviousl Anthony Lopes' reflex saves are his speciality. In the second minute against PSG at the Stade Gerland, Cavani's header was arrowing into the back of the net when 'Antho' produced a miraculous stop! Incredible! He made two more crucial saves in the second half.  Against Valenciennes, he saved a penalty from Waris (85') that saw OL hold on for the win (2-1). In the follow up, he produced another great save to preserve the win.

There were so many poignant pictures. The disappointment at the elimination at the hands of Juventus. The image of defeat in the Coupe de la Ligue final as well. The moment Lopes gave away a penalty in the final against Paris... another refereeing error... But there was also the joy of an entire stadium when OL defeated Paris in the league (1-0). Or the happiness of Nabil Fékir after his goal against Sporting Bastia. The youngster celebrating his first professional goal.  Or the relief when, in the final seconds, the OL players saw the Toulouse shot came back off the post instead of into the back of the net...